Be warned, these seriously sweet snaps might melt your hearts

Just when we thought it was impossible to love him any more, David Beckham might have done it after he posed for some ADORABLE pictures with his newborn niece this week.

And doting uncle David wasted no time in popping round to meet the new arrival, and shared the cute moment with his fans on Wednesday.

Taking to Instagram, the 42-year-old can be seen looking completely besotted with the tot as he holds her in his arms in the sweet snaps.

Another photo shows dad-of-four David looking down at little Peggy with a big grin on his face as she sleeps.

Next to the shots, the former footie player revealed how proud he is of his little sister as he introduced his followers to his new niece, writing, “Welcome to the world little Peggy So proud of my little sis and congrats @krissydonners #Daddy such a beautiful family #[email protected]”.

“Shes beautiful!!!”, said one excited fan, while another replied, “Enjoy being a proud uncle”.

While the third joked, “And the hottest uncle award goes to”.

Sharing an adorable black and white picture of Kris cuddling their little one, the 35-year-old thanked her family for helping her through the pregnancy.

“THE DAY OUR LIFE CHANGED FOREVER …”, she wrote.

“Such an amazing feeling starting our own family , the love I have for our little princess Peggy is one that is so unconditional!

“I’d never of been able to do it without the love of my life … @krissydonners you was my strength ! Thank you … #myfamily”.

Aaaaaand our hearts have officially melted…

The post ‘Hottest uncle!’ David Beckham delights fans as he shares the CUTEST photos of his first meeting with baby niece appeared first on Woman Magazine. 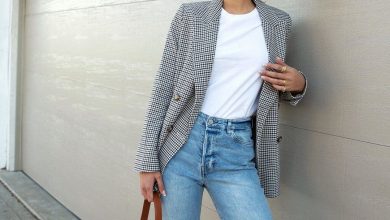 Bought by You: The 20 Most-Purchased Fashion Items of December