Peter Andre and wife Emily have been married since 2015, and while the happy couple have an enviable relationship and two children together, they aren’t immune to a few disagreements!

Singer and reality star Peter, 44, has opened up in the past about his occasional use of Botox, a treatment that blocks signals from nerves to the muscles to stop wrinkles. However, Emily, 28, thinks her husband looks “great” regardless, she prefers his natural look.

“I prefer him without. He’s got a very expressive face and I think it changes his face from the way I know him.” Uh oh!

She continued, “I’d prefer if he didn’t have it done, but I want him to be happy and I think he looks great either way.”

The Mysterious Girl singer has admitted to having non-surgical procedures to smooth out fine lines, known as ‘babytox’.

“It just means a small dose do you still have some movement and it looks almost natural,” Peter explained.

He told OK! Magazine, “I do it from time to time.”

Earlier in the year, fans speculated about Peter’s use of Botox after he posted an eerily flawless selfie on Instagram.

He’s spoken before about his use of Botox, but this time he responded to the accusations, “No botox but proper filter on this one…’.

Despite being an image-conscious couple, Emily and Peter don’t want the kids to get caught up in “selfie” culture.

Speaking about Katie Price’s daughter, Princess, Emily said, “We try to make sure she doesn’t focus on looks, which is hard as I think a lot of society is focused on how you look.”

“I think it’s good to put honest photos out there as well as the filtered ones,” Peter added. “If people meet you in real life and think you don’t look like your pictures, that’s not great.”

The post ‘It changes his face’: Why Peter Andre’s wife Emily ISN’T a fan of her husband’s Botox appeared first on Woman Magazine.

The post ‘It changes his face’: Why Peter Andre’s wife Emily ISN’T a fan of her husband’s Botox appeared first on News Wire Now.

There’s going to be a Meghan and Harry movie – but will it flop like Kate and Wills’ cringy biopic? 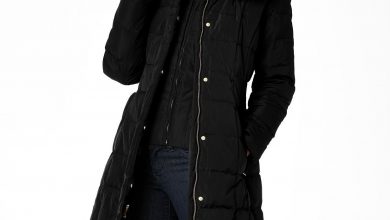