Cristiano Ronaldo has called on Lionel Messi and his Barcelona team-mates to give Real Madrid a guard of honour before the upcoming El Clasico.

The Spanish side won the final in Abu Dhabi on Saturday 1-0 after overcoming an organised Gremio side thanks to a well-placed Ronaldo free-kick.

Real Madrid will now turn their focus back to domestic matters where things haven’t been going so well. The reigning champions are currently fourth in the table, eight points behind table-toppers Barcelona.

They have an excellent opportunity to close the gap when they host their great rivals at the Bernabeu next weekend.

But before a ball is kicked, Ronaldo wants to see some respect from Barcelona in light of their Club World Cup achievements.

‘It would be nice and I would like Barcelona to make for us the guard of honour,’ Ronaldo told reporters.

Ronaldo then hopes to get the better of Barcelona in order to breathe life into Real Madrid’s La Liga campaign.

‘I hope we can beat Barça so that the League is alive, we have to enjoy every moment because we do not know what can happen tomorrow, we are gaining confidence and we are going to improve and finish very well.’

Ronaldo, by his standards, has struggled for goals this season but was delighted to be able to make a telling contribution at the Club World Cup, with him also scoring in the semi-final as well.

‘Real Madrid had never won five titles in a year and we wanted it, it’s a record.

‘I talk on the pitch, I try to give my best and for people to enjoy my football.

‘I don’t lack motivation to continue playing and training because I enjoy football. It’s what I like the most.’

Steven Gerrard reveals his ONE regret about his playing career 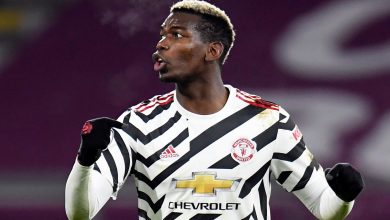