This year Junior and Princess, Katie’s two children with Peter Andre, will be missing what could be their last Christmas with their grandma Amy, who has a progressive lung condition.

Katie has slated her ex-hubby in an interview with Reveal magazine, saying that Peter won’t change his mind about their agreed custody agreement, that sees her have the kids one year, and him have them the next.

She revealed that due to the arrangement, their kids Junior, 12, and Princess, 10, will be spending time with him and his wife Emily this year.

“I’m gutted,” Katie said. “This could be my mum’s last Christmas, and Princess and Junior won’t be there.”

She went on to explain, “We don’t have Junior and Princess because they share it with their dad, so it won’t be as exciting as usual. I wish we could share Christmas Day with them. But it’s one year with him, the other with me.”

The Pricey also revealed, “Kieran’s still at the house. I’ve got five kids and I’ve been with him for five years. You can’t mess up the kids’ feelings, especially at Christmas.”

Earlier this week, Katie Price had to leave the set of ITV’s Loose Women when she was overcome with emotion when talking about her mum’s condition.

She revealed that Amy shares the same illness as the one that had killed Keith Chegwin just a day before.

Katie appeared on Loose Women with her mum three months ago to talk about the diagnosis. At the time, Katie said her mum had been given around three to five years to live, but on this week’s appearance, the former model was left distraught when talking about how her mum’s condition had got worse.

Speaking on the show to raise awareness of Idiopathic Pulmonary Fibrosis (IPF), Katie revealed that TV presenter Keith, who she became friends with on Celebrity Big Brother in 2015, had been giving her mum advice before his death.

“Keith got in touch and we’ve been speaking to him a lot and he was trying to help my mum,” the star said.

“I knew all along about Keith. I never said it to anyone, and I can’t believe that within six months he’s gone.

“The thing is, my mum’s going to die and I just don’t want her to die. She’s getting worse. She’s having to sell her house now because she can’t get upstairs.”

We wish Katie and her family all the best at this difficult time.

The post More heartache for Katie Price as Princess and Junior to miss possible last Christmas with their gran, Amy appeared first on Woman Magazine.

The post More heartache for Katie Price as Princess and Junior to miss possible last Christmas with their gran, Amy appeared first on News Wire Now.

Trump says Harry and Meghan must pay for security 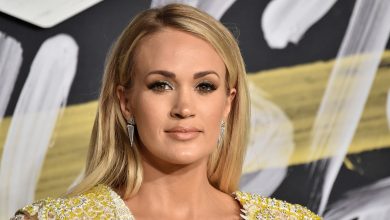