Left-winger Alejandro Guillier conceded and congratulated his opponent on his win and his return to the presidency after a four-year gap.

With nearly all votes counted, Mr Piñera has polled more than 54%.

It is a clear move to the right for the country, which is currently led by socialist President Michelle Bachelet. She had backed Mr Guillier.

About 14 million were eligible to vote in the ballot, including Chileans living abroad for the first time.

However, voter turnout was low, at 48.5%. It had been thought that a high turnout would favour Mr Guillier.

Mr Piñera called for unity after his victory:

"Chile needs agreements more than confrontations," he said. "The paths of the future unite us. Sometimes the stories of the past separate us."

Reaching out to his opponent, Mr Piñera added: "I want to talk to him about the points we agree about."

Billionaire businessman Mr Piñera won the first round of votes by a large margin, when the number of candidates reduced from eight to two for a final run-off.

He has already governed the country from 2010 to 2014, when he ended two decades of uninterrupted centre-left rule. But the former president and his Chile Vamos coalition had only a slim lead in the most recent opinion polls before Sunday's election vote.

He had the support of the business community, promising to lower taxes to get the economy growing again.

During his campaign, he promised to rein in the reforms brought in by President Bachelet, while his opponent Mr Guillier, on the other hand, campaigned on the back of her legacy.

While President Bachelet's progressive agenda has won plaudits abroad, her popularity plummeted during her second term, due in part to a 2015 corruption scandal involving her daughter-in-law.

Conservative critics say Ms Bachelet pushed her reforms too far. She was unable to seek re-election under the country's constitution.

A decade ago, Argentina, Bolivia, Brazil, Chile, Cuba, Ecuador, Honduras, Nicaragua, Uruguay and Venezuela were all governed by left-wing leaders.

But in recent years, conservatives have come to power in Argentina, Brazil and Paraguay, and Venezuela's "Bolivarian Revolution" has come under severe pressure with anti-government protesters taking to the streets for months. The win by Mr Piñera further consolidates that trend. 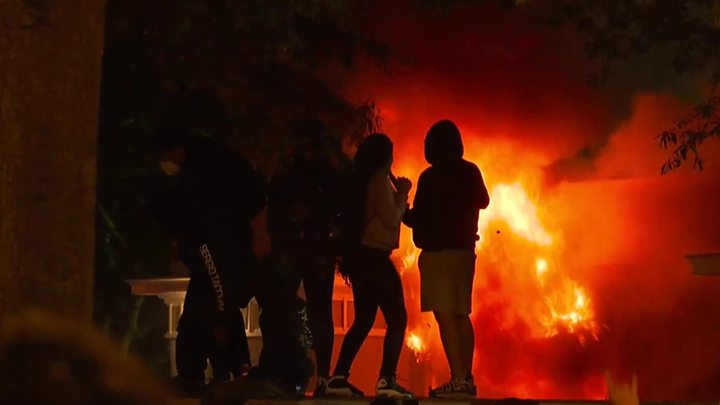