WASHINGTON (AP) — LeBron James played the first half wearing a pair of shoes — one black, one white — reading “equality” in gold capital letters and finished with 20 points, 15 assists and 12 rebounds to lead the Cleveland Cavaliers past the Washington Wizards 106-99 on Sunday night for their 18th victory in 19 games.

James had his fourth triple-double in the past five games despite being called for four fouls in the final quarter. Kevin Love added 25 points and nine rebounds for the Cavs.

Bradley Beal led Washington with 27 points, and John Wall had 15 points, 10 rebounds and six assists in 32 minutes in his third game back after missing nine with an injured left knee.

In a matchup of Eastern Conference division leaders, neither team led by more than seven until Wall turned the ball over, leading to a fast break for James, who was fouled at the other end and completed the three-point play for a 103-94 lead.

The last time these teams played, at Washington on Nov. 3, Cleveland won thanks to 57 points from James.

That prompted Wizards coach Scott Brooks to joke before tipoff Sunday both that holding the four-time league MVP to “56 would be pretty good tonight” and “I have a lot of respect for Coach (Tyronn) Lue, but I think he’s making a bad decision if he doesn’t sit LeBron tonight. Back-to-back games, right? Our fans saw 57. They don’t need to see any more.”

James did not carry that much of a scoring load this time, but he did a bit of everything. He also made his statement with his sneakers, wearing that pair for the first half, before switching gear at halftime. He sported a pair of black shoes with “equality” written on them for Cleveland’s opening game of the season.

If it seems as if James climbs up some career list each and every night, well, that’s because he pretty much does. This time, he overtook Hakeem Olajuwon for ninth-most made field goals in NBA history and tied Nick Van Exel for 24th-most 3-pointers.

James made only 4 of 12 shots in the first half for nine points, but it was his 3 with 1.1 seconds remaining that made it 60-all at the break.

Wall’s 3 shortly before that moved him up to No. 5 on Washington’s franchise scoring list. He began the night at No. 7, but surpassed Phil Chenier and Gus Johnson in the second quarter.

The game was still tied heading into the fourth period, at 83-all.

Cavaliers: G Dwyane Wade was rested on the second half of a back-to-back. … Finished with 24 assists, ending their streak of three consecutive games with at least 30. … Cleveland made 14 3-pointers, its 20th game in a row with at least 10. … The Cavs scored at least 100 points for the 24th straight game.

Wizards: F Otto Porter Jr. sat out with an injured right hip. … His replacement in the starting lineup, Kelly Oubre Jr., had 11 points and eight rebounds.

There were three technical fouls handed out in the first 10 minutes, one apiece to Cleveland G J.R. Smith, Washington F Markieff Morris and Brooks.

Brooks was by turns earnest, nostalgic and funny while recalling former Cavs teammate Zydrunas Ilgauskas, who will receive a lifetime achievement award during the Greater Cleveland Sports Awards Show next month. “He took me in. I stayed with him for two months. A lot of interesting nights,” Brooks said with a chuckle. “What a great sense of humor. … I don’t know why in the world did the state of Ohio give him a driver’s license. I mean, it was an adventure going to dinner every night. … Just a horrible driver, but a great teammate. One of the nicest guys you’ll ever meet.”

Cavaliers: At Milwaukee on Tuesday night. The Cavs have beaten the Bucks the last five times they’ve played. 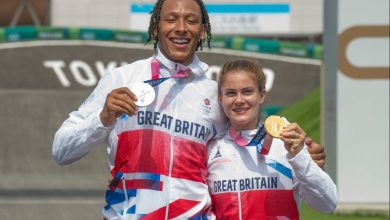 Jose Mourinho doubts Marcus Rashford can be Manchester Uniteds No.9