Premier League fixtures don’t come thicker or faster than during the festive period, which means there’s no rest for Fantasy Premier League managers either.

With 40 games played over just 13 days and some teams playing twice in less than 48 hours, there’s not much time to take stock and set your team up again before the next deadline rolls around.

So you’re going to need some pointers for surviving the festive fixture list, and who better to ask than last season’s FPL champion, Ben Crabtree?

1. Get your Christmas shopping done early

“Dealing with injuries, and rotation can use up plenty of transfers, to the point where you might not be able to do everything you want and will instead need to prioritise,” said Ben, whose team earned 2,564 points last season on the way to beating more than 4.5 million other managers to first place.

“Signing players with good fixtures ahead of time will at least put some parts of your team in a position where you’re happy to leave it alone,” Ben continued.

“In terms of decent fixtures I think Arsenal, Chelsea, Watford and Manchester United look good for attacking and defensive returns. Cheaper picks with decent fixtures might come from Huddersfield and Stoke.

“Either way, just like your Christmas shopping, get it done early to avoid the stress.”

2. Keep your eye out for purple patches

“Some teams will enjoy the busy Christmas period and will shoot up the league as they amass a large quantity of points over a short period of time,” said Ben. “Likewise, with form footballers some will turn it on and fly over the FPL 100-point mark and further.

Form can come and go very quickly, and a busier fixture list will help form players maximise points due to time on the pitch. Now might be the time to bring in that player who might not do it all season, but is experiencing something of a purple patch.

“A two-week spell of form could see a player rack up points due to the abundance of minutes being played,” Ben said. “So look out for confident players.”

3. Beef up your bench

“The number of games played at Christmas brings inevitable rotation and an element of unpredictability,” said Ben.

“Normally it’s an advisable strategy to maximise the money spent in the starting XI and have at least one really cheap player, who might not play regularly, on the bench. However, it’s a bit different at Christmas.

“Even if your bench players aren’t great, if they play regularly, they might just provide cover at the right moment. And a surprise result might see them deliver a little Christmas bonus.”

4. Don’t dawdle on the deadline

With transfer deadlines across the Christmas period ranging from 11:30 to 14:00 to 18:45, you don’t want to get caught out without having tinkered with your team. As Ben says: “Over Christmas, there are games everywhere and the deadlines are all over the place.”

The answer? Set your team well ahead of time.

“Be sure to keep an eye on those deadlines,” said Ben. “I prefer to make any starting line-up changes and award the armband when I first look at my team so I at least have some pieces in the right place.

“And with regards to transfers I like to know all the games have been played in the current game week, so there are no surprise injuries after I make any purchases.”

Please enable JavaScript to view the comments powered by Disqus.

The post 4 tips for getting your fantasy team through the festive period from last year’s FPL champion appeared first on News Wire Now. 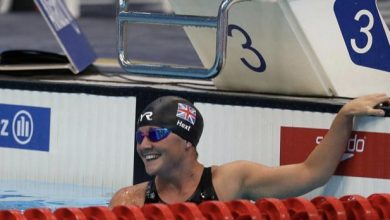