Chelsea left wing-back Marcos Alonso is suspended for Wednesday's Carabao Cup clash with Bournemouth, when Antonio Conte plans to give his peripheral players a chance.

Alonso picked up his fifth yellow card of the season in last Saturday's 1-0 win over Southampton and could be replaced by Kenedy, who played in the prior two rounds in the competition.

Ethan Ampadu could start alongside the likes of Danny Drinkwater and Michy Batshuayi, while Callum Hudson-Odoi and Dujon Sterling could also be involved, but Charly Musonda (groin) and David Luiz (knee) are out.

Bournemouth will be without Charlie Daniels and Joshua King.

Daniels (groin) and King (hamstring) both picked up injuries in the Cherries' heavy home defeat against Liverpool last weekend, but could be available for the trip to Manchester City on Saturday.

Striker Callum Wilson may feature, but Brad Smith (hip), Adam Federici and Tyrone Mings (both back) are out.

Please enable JavaScript to view the comments powered by Disqus. 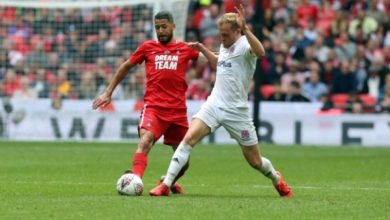