The International Paralympic Committee has kept Russia’s suspension in force, but said that the final decision on the Russian team’s participation at the 2018 Paralympic Winter Games will be made in January.

The decision comes after the Russian Olympic team was barred from participating in the 2018 Winter Olympics in South Korea. The International Olympic Committee (IOC) ruled on December 5 that “clean” Russian athletes can only compete under a neutral flag in PyeongChang.

Last year, the International Paralympic Committee (IPC) banned the entire Russian team from participating at the 2016 Summer Paralympics held in Rio de Janeiro, Brazil, in September. Athletes from Russia had been permitted to take part in the Olympic Games in August, following the IOC ruling which granted individual sports federations the right to make decisions regarding the participation of Russian athletes in their respective competitions.

The IPC initially opened provisional suspension proceedings against Russia's Paralympic Committee in July 2016, after a report by Canadian lawyer Richard McLaren claimed there were a total of 35 "disappeared tests" in disability sports over a four-year period. After further consultation with McLaren, the IPC board decided to impose a suspension that remained in force during the Paralympics the same year.

Now Russia has to meet five criteria for restoring IPC membership, according to the body’s statement. They include addressing the findings of the controversial McLaren report, as well as full reinstatement of the Russian Anti-Doping Agency (RUSADA) by the World Anti-Doping Agency (WADA).

“Since last December’s second McLaren report yet more evidence has come to light to support and add weight to his findings. If the Russian authorities believe his findings and evidence are not credible, then suitable supporting evidence and explanations should be provided to properly rebut them,” the IPC said.

The McLaren report is based on the testimony of Grigory Rodchenkov, the former head of the Moscow Anti-Doping Laboratory. Rodchenkov fled Russia at the end of 2015, and has been charged in absentia for illegally trafficking dangerous substances.

Rodchenkov supervised doping controls at the Moscow laboratory, and has repeatedly accused Russia of doping violations, including during the 2014 Sochi Winter Olympics, in which he claimed to have played a key role.

Speaking at his annual end-of-year media Q&A session this month, Russian President Vladimir Putin labeled the decision to appoint Rodchenkov as head of the Moscow anti-doping laboratory a “mistake.”

Putin, however, also questioned the reliability of Rodchenkov as a witness in the investigations into state-sponsored doping allegations in Russia, and suggested that the disgraced doctor might be being drugged in America, where he reportedly lives under an FBI witness protection program.

The Russian president also highlighted the influence of the American intelligence services on the now-WADA informant. “Is [Rodchenkov] an honest person? He is also under the control of the FBI, protected by the FBI. Everything is laid out in his diaries – how do you know he is honest? He says himself that money is the main thing,” Putin said.

The IPC Governing Board has also decided to keep in force its previous decision on the participation of Russian athletes as neutrals in qualifiers across four winter sports: alpine skiing, biathlon, cross-country skiing, and snowboarding. 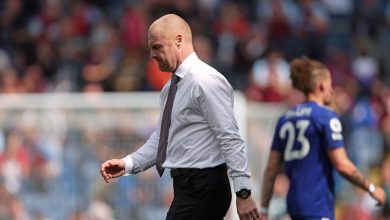