Ugly Betty star Ashley Jensen is ‘devastated’ after the death of her husband at the age of 60, her spokeswoman has said.

It’s been revealed that actor and writer Terence Beesley, who recently appeared in the ITV drama Victoria, died at the end of November.

He married Ashley, 48, in 2007 and they have an eight-year-old son called Francis.

A representative for the Extras and Catastrophe actress said, “Ashley is devastated and respectfully asks for privacy for her, her young child and the family at this extremely sad and difficult time.”

Born in London to Irish parents, Terence’s career took off in the 1980s with a string of television appearances along with parts in film and on stage.

Most recently he played Buxton in ITV’s Victoria, portrayed General Benningsen in BBC One’s War & Peace and appeared in the feature film London Has Fallen, all in 2016.

His representative said, “It is with great sadness that I can confirm that Terence passed away at the end of November.‎”

It’s been reported that an ambulance arrived at the couple’s property in Camerton, Somerset within 10 minutes of a 999 call being made, but sadly Terence could not be saved.

Ashley – who has recently been seen in BBC drama Love, Lies and Records – met Terence during a stage production of King Lear in London back in 1999.

They married in 2007, with the ceremony taking place in America where Ashley was appearing in hit TV series Ugly Betty. It was a private service with just the minister and the couple’s dog Barney present.

Terence had a variety of roles in his career including parts in EastEnders and The Phantom of the Opera.

Meanwhile Ashley is best known as Maggie in Extras and Christina in Ugly Betty.

An inquest into the cause of Terence’s death will be concluded in the new year. It’s not known if he had been suffering ill health.

Our thoughts are with Ashley, Francis and all of Terence’s loved ones at this sad time.

From our sister site CelebsNow. Written by Anna Francis. 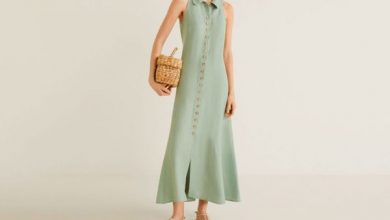