A white student who bragged about harassing her black roommate in a series of vile attacks has avoided a hate crime charge.

Among the abuse, Brianna Brochu allegedly rubbed used tampons on her roommate’s bag, poured gone-off dip into her body lotion and even claimed to have inserted her victim’s toothbrush ‘in places where the sun doesn’t shine’.

The first year student at the University of Hartford in Connecticut admitted the abuse against her roommate Chennel Rowe in a post on her own Instagram page.

In it, she bragged how she ‘finally got rid of her roommate’ who she referred to as ‘Jamaican Barbie’.

Brochu has pleaded not guilty to criminal mischief and breach of peace. Civil rights advocates pushed unsuccessfully for her to be charged with hate crime as well.

A source close to Brochu told The Tab she has been charged with breach of peace and criminal mischief.

Gunman storms hospital and shoots at cop before killing himself

She says she decided to move out after a rocky relationship between the pair escalated.

But as she was leaving, Chennel was shown Instagram posts by her roommate, who boasted about messing with her to make her ill.

Brochu had posted: ‘Finally did it yo girl got rid of her roommate!

‘After 1 1/12 months of spitting in her coconut oil, putting mouldy clam dip in her lotions, rubbing used tampons on her backpack, putting her toothbrush places where the sun doesn’t shine and so much more I can finally say goodbye Jamaican Barbie.’

She said the school originally told her she may or may not hear anything back about the incident.

After becoming frustrated at how the incident was being handled, she posted her Facebook video online.

‘If the race roles were switched, so many things would have been done already,’ she says in the footage.

The university’s president Greg Woodward last night issued a statement in which he said: ‘Let me be clear: the accused student’s behavior was reprehensible and does not reflect the values of our institution.’

‘Let me also be clear that I am confident the University has taken all steps to pursue this matter seriously, and will continue to do so.

‘Racism and hatred will not be tolerated on this campus. Period.

‘I encourage every one of you reading this email to report incidents on campus that are troubling and worthy of review.’ 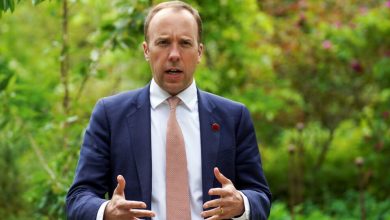