OKLAHOMA CITY (AP) — Russell Westbrook hit a 3-pointer with 1.7 seconds left to cap a 30-point, 15-assist outing, and the Oklahoma City Thunder held off the Atlanta Hawks 120-117 on Friday night.

Carmelo Anthony added 24 points on 7-of-12 3-point shooting and Paul George scored 17 for the Thunder, who have won five of their last six after an 11-14 start.

Atlanta, in last place in the Southeast Division, made Oklahoma City work for this one, rallying after falling behind by 16 points in the first half.

The Hawks came back again, eventually tying the game at 117 on two free throws by Ersan Ilyasova with 11.1 seconds left. After a timeout, George inbounded to Westbrook, who made the final shot over Atlanta’s Taurean Prince. Without a timeout, the Hawks could manage only a desperation heave at the buzzer.

Marco Belinelli scored 30 points to lead Atlanta, which is 2-7 against Western Conference teams this season. Ilyasova added 22 points for the Hawks, who went 15 of 32 from 3-point range.

The Thunder dominated the second quarter. They broke a 28-28 tie with a 14-2 run to start the quarter, with Raymond Felton and George each hitting two 3-pointers. After the Hawks pulled within 51-43, Oklahoma City went on a 13-5 run and led 64-50 at halftime.

Atlanta scored 11 straight points to cut the Thunder lead to 74-70 midway through the third quarter.

Oklahoma City made only 19 of 31 free throws.

Hawks: Atlanta played without G Dennis Schroder, who sat out with a left ankle injury and was replaced in the starting lineup by Belinelli. Schroder had started and played 32 minutes Wednesday vs. Indiana. … Prince went 1 of 3 from 3-point range and now has at least one 3-pointer in career-best 14 straight games. … Belinelli extended his streak of consecutive free throws to 28.

Thunder: Westbrook was called for an unsportsmanlike technical foul with 3:24 left in the second quarter for shoving Malcolm Delaney after Delaney had fouled him. … Steven Adams had 16 points and 10 rebounds. … The Thunder now trail only 66-65 in their all-time series with the Hawks, including the franchise’s time in Seattle. … George and Westbrook entered the game ranked first and second, respectively, in the NBA in steals at 2.45 and 2.10. George had three steals against the Hawks, and Westbrook had two.

Hawks: Host Dallas on Saturday before a four-day break.

Thunder: At Utah on Saturday before starting a four-game homestand on Christmas Day against Houston. 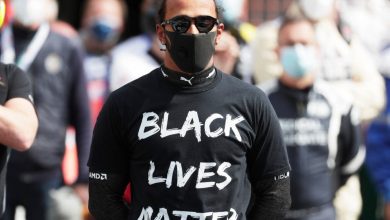