“Our attendance is off by one percent,” NFL Commissioner Roger Goodell said last week. “We are over 98 percent filled to capacity, which is about where we’ve been in the past.”

To some this quote might not pass the smell test. There seem to be a lot of empty seats around the NFL, perhaps, in part, due to some players kneeling during the National Anthem.

Baltimore Ravens President Dick Cass, in a letter sent to season-ticket holders this week, admitted that some fans are staying away due to the protests.

“The numbers [of no-shows] are higher, and it is noticeable,” Cass wrote. “There are a number of reasons for the no-shows, but surely the one-time protest in London has been a factor.”

On September 24, the Ravens kneeled during the anthem in London before a game against Jacksonville, and this turned off some Baltimore fans. They have not kneeled since.

The bottom line is that most NFL teams don’t announced actual attendance, they announce “tickets distributed,” so it’s possible some fans committed to season tickets, but haven’t shown up. The real impact could be felt in the off-season when ticket renewals are sent out.

But for those interested in going to games, there are a number of very good contests this weekend, many with playoff implications.

Here is a preview of Sunday’s action:

The Bills are still in the wildcard playoff race, which is pretty amazing since the NFL is considered a passing league, and Buffalo is the 32nd-ranked passing attack.
Moreover, being passing-challenged makes it tough to keep pace on the scoreboard with the Patriots’ high-powered offense led by the legendary Thomas E. Brady. The Patriots have the NFL’s #1 passing offense.

The Patriots should win this game.

The Falcons are a very balanced team with the 9th-ranked offense and defense. The Saints have the NFL’s #1 offense.

If Falcons coach Dan Quinn can’t get his team motivated for this game, he never will. First off, they need the win for their playoff hopes. Also, Saints coach Sean Payton made the choke sign at an Atlanta player during the first match-up of these rivals on Dec. 7, obviously referencing the Falcons’ Super Bowl loss in January.

This game is a toss-up.

The Rams are coming off one of the most impressive performances of the 2017 NFL season, a 40-7 blowout of the Seahawks in Seattle. They’re clearly for real.

The Titans are still in the playoff hunt, though they aren’t playing very well. Tennessee is especially struggling withtheir 25th-ranked passing attack led by quarterback Marcus Mariota, who is wildly inconsistent. One thing that should help the Titans hang around in this game is their excellent run defense, which will come in handy with Rams talented tailback Todd Gurley coming to town.

While the Rams should win this game, it might not be easy.

Both these teams hold on to slim playoff hopes.

The Seahawks are coming off one of their most embarrassing losses in recent memory. Perhaps all the injuries have finally caught up to them.

The Cowboys get back star tailback Zeke Elliott from a six-game suspension. Their offense functions a lot better with #21 toting the rock, allowing QB Dak Prescott to sell play-action fakes.

But with Russell Wilson at QB, Seattle is always a threat.

This game could go either way.

Rumors are swirling that Jon Gruden might come back as coach of Tampa Bay. Not sure how much that would help on the field, but the Charismatic “Chucky” would certainly help their poor attendance.

The Buccaneers and their 32nd-ranked pass defense, travel to Charlotte to face the red-hot Panthers. Maybe they won’t get gashed as badly as they usually do since the Panthers have the 27th-ranked passing offense.

The Panthers are playing really well on defense (ranked fifth) which should help them win this game with little problem.

This is the Browns’ best chance to avoid going 0-16, facing a Bears team also starting a rookie quarterback not ready for action. The Bears have the NFL’s 31st-ranked passing attack with youngster Mitch Trubisky under center.

Another reason this is the Browns’ best chance to win is the strength of their team is run defense (ranked 7th), and the Bears rely heavily on their rushing attacking to protect the rookie QB.

This game is a toss-up.

The Bengals are lost right now. Their coach is stepping down at the end of the season, and their injury report is voluminous. Also, their stadium should be pretty empty on Sunday as Bengals fans are fed up.

The Lions are still in playoff contention, and need this win a lot more than the Bengals.

Miami is out of playoff contention, but their coach feels there is still a lot to play for.
“I would hope [the players] would be very motivated,” said Adam Gase. “Their playing for their jobs.”

The Chiefs, winners of two in a row, are playing to secure a playoff spot and should prevail.

The Chargers’ loss to Kansas City last week put a major dent in their playoff hopes, but they are still in it, with the last three spots currently held by 8-6 teams.

The Jets’ pass defense isn’t very good, and the Chargers are loaded with weapons in the passing game. Also, the Jets are starting backup QB Bryce Petty, who is looking like, well, a backup.

The Chargers should win this game.

The Broncos have the NFL’s #1 defense, but stand at 5-9 due to a weakness at the quarterback position. They have played three different guys at that spot, and this week it will be Brock Osweiler.

The Redskins are one of the NFL’s most beat-up teams, but aren’t an easy out because they have a very good quarterback in Kirk Cousins. Cousins, who is angling for a monster contract in the off-season, should lead the Redskin to a win at home.

The 49ers’ new QB Jimmy Garappolo played well in his first three starts, wins over Chicago, Houston and Tennessee. But we will learn a lot more about him this week against a much tougher opponent than those three.

The Jaguars have the NFL’s #1 pass defense, so this is a much bigger challenge than Jimmy G’s first three outings.

The Jaguars should win this game, but expect San Francisco to give them a scare.

A battle of two beat-up, demoralized teams who both could have new coaches next year.
While so much is made of the pedestrian play of Giants QB Eli Manning, their defense is even more of a disappointment. Stacked with big-money free agents, including defensive end/activist Olivier Vernon, they’re ranked 32nd in the NFL. Talk about not getting a lot of bang for your buck.

One of the few positive aspects of the struggling Cardinals is their 7th-ranked defense, and that unit should spearhead an Arizona win in the desert.

The post Sunday NFL Preview: Goodell Says NFL Attendance Is Down Only 1 Percent in 2017 appeared first on News Wire Now. 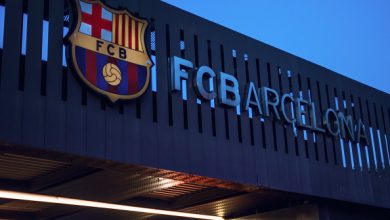 Wembley: Is the FA’s valuation right and do they need to sell?