Williams has not competed since winning the Australian Open last January while she was pregnant. She will face Latvia’s Ostapenko at the Mubadala World Tennis Championship in the first year that women will be taking part, tournament organizers announced Sunday.

”I am delighted to be returning to the court in Abu Dhabi for the first time since the birth of my daughter in September,” the 36-year-old Williams said in a statement.

Williams has won 23 Grand Slam singles titles, a record for the professional era. She is expected to compete for her 24th at the Australian Open, the first major of the year.

TOYOYAMA, Japan (AP) – Ichiro Suzuki, who became a free agent in November when the Miami Marlins declined their option to sign him for the 2018 season, still hasn’t given up hope of remaining in Major League Baseball.

Suzuki was quoted by Kyodo news agency on Saturday as saying: ”I feel like a big dog at a pet shop that hasn’t been sold. Of course, I want to play baseball next year.”

Suzuki, who has 3,080 hits in MLB, was in his hometown of Toyoyama to attend the closing ceremony of the Ichiro Cup youth baseball tournament.

He was asked if there was any possibility of him returning to play in Japan if he isn’t offered an MLB contract.

”When you use the word possibility, there are many things … it means anything is possible as long as it’s not zero.” Suzuki said.

PITTSBURGH (AP) – James Harrison’s long tenure with the Pittsburgh Steelers is over.

The AFC North champions released the five-time Pro Bowl linebacker and 2008 NFL defensive player of the year on Saturday to make room for right tackle Marcus Gilbert. Gilbert is returning from a suspension for violating the league’s performance-enhancing substance policy.

The 39-year-old Harrison is the franchise’s all-time leader in sacks, piling up 80.5 during his 14 seasons with the Steelers and 82.5 during his career. Harrison briefly retired in September 2014 following a forgettable 2013 season in Cincinnati but returned when the Steelers ran into injury trouble.

He collected at least five sacks every season between 2014 and 2016 and signed a two-year deal last spring that would have kept him in Pittsburgh through his 40th birthday.

Harrison’s playing time dipped significantly this season. He has been active in just five of Pittsburgh’s 14 games despite being injury-free.

CINCINNATI (AP) – Marvin Lewis knew what everybody was wondering: Is this his farewell to Cincinnati?

”I guess everybody’s writing me off,” Lewis said, after his Bengals rallied for a 26-17 win over Detroit on Sunday.

The Bengals (6-9) won their final game of the season at Paul Brown Stadium. Lewis and his team have one more left Sunday at Baltimore. Then Lewis’ fate will be decided after 15 seasons in Cincinnati that included some of the franchise’s best regular-season performances but no playoff win.

Lewis is 0-7 in the postseason, the worst mark in NFL coaching history. After a six-win season last year, he and owner Mike Brown weren’t able to agree on a contract extension beyond 2017. Brown said he’d wait to see how the season turned out.

Jurgen Klopp highlights the main problem Liverpool had against Porto 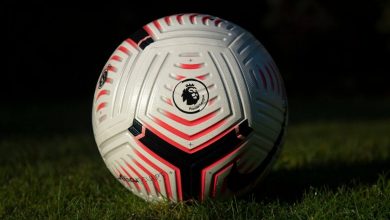 Jose Mourinho: Paul Pogba a good choice for man of the match vs Bournemouth