ST. LOUIS — There might not have been a team which needed the NHL’s Christmas break more than the St. Louis Blues.

The Blues and Arizona Coyotes each played 38 games prior to Christmas, tied for the most in the league, and the Blues’ heavy December schedule included 11 games in 19 days prior to the three-day break.

“We’ve had some injuries, we’ve had a lot of games, so we’re physically and mentally a little drained,” defenseman Joel Edmundson told the St. Louis Post-Dispatch. “So three days to reboot the mind, and when we come back we’ll be fresh and ready to go.”

The Blues jump right back into the heart of the Central Division race on Wednesday night, hosting the Nashville Predators. The Blues lead the division by one point over Nashville, but the Predators have played three fewer games.

A 3-1 win in the last pre-Christmas game in Vancouver on Dec. 23 snapped a season-high three-game losing streak for the Blues, who were 6-5 during the 11-game stretch that began on Dec. 5.

“We needed a win. We didn’t want to go into the break with three days off and losing six of the last seven games,” Blues goalie Jake Allen told NHL.com. “If this would have been a loss, it would have been tough to go home, to be honest. It was a huge win for us to turn this ship around.”

The three goals marked the first time in their last seven games the Blues scored more than two goals in a game.

“We’re in one of those spells right now where we’re having trouble scoring, but I think we know as a group, when it’s going like that, we’ve got to tighten up defensively, give ourselves a chance to win and slowly we’ll start building our confidence back,” Blues forward Kyle Brodziak told NHL.com.

No player needs a confidence boost more than Vladimir Tarasenko, who has scored only three goals in last 16 games, one of which was into an empty-net and another which came on the power play. He has scored only one even-strength goal in regulation since Nov. 21.

The Predators come into Wednesday night’s game having gone 0-2-1 record in their last three games before the break, including a shootout loss in Dallas on Dec. 23. Nashville played only seven games in the last 16 days before the break.

“The last three games, we didn’t play the way we wanted, but we’re a confident group,” Predators’ captain Roman Josi told NHL.com. “We’re a pretty honest group, and I think everybody knows we can play a lot better. … I’m sure everybody is going to come back hungry. We all know we have to be better, but we have to stay confident and come back positive with a lot of energy.”

In the only game this season between the two teams, the Predators won 2-0 on Nov. 24 in St. Louis behind a 34-save effort from Pekka Rinne. 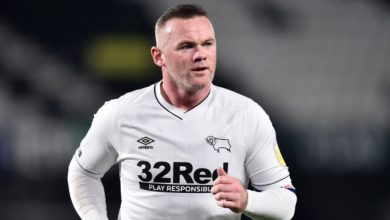