ATLANTA — The Atlanta Falcons need a victory more than the Carolina Panthers do when the teams meet in the regular-season final Sunday at Mercedes-Benz Stadium.

The Falcons (9-6) can clinch the final NFC wild-card spot with a victory. The Panthers (11-4) are already in the playoff field, though their seed is yet to be determined.

“We know what is there, and that’s what is so exciting,” Falcons coach Dan Quinn said.

Atlanta can also make the postseason with a Seattle home loss to Arizona, but the best way to extend the season is to win the regular-season finale.

Carolina coach Ron Rivera said starters will play in the game, though he didn’t reveal to what extent. He said there’s potentially too much riding on the outcome for Panthers to back away from this game.

“What I want to do is win the football game,” Rivera said. “I want to keep as much momentum going forward as possible.”

Scoreboard-watching with regard to the progress of other games that impact Carolina’s playoff seed might be done by a staffer, but Rivera said it’s not ideal for those involved in the game. The Carolina-Atlanta game was shifted to a late-afternoon time slot so it will be contested at the same time as others impacting the NFC playoff race.

This is always a big game for Panthers quarterback Cam Newton, who hails from Atlanta. Yet Rivera said it’s important to make sure the game plan is tailored wisely in terms of the physical toll placed on Newton, who last week moved into third place in NFL history for career rushing yards by a quarterback with 4,261.

“We have to make sure we do it in a judicious fashion and that’s not to expose him,” Rivera said.

The best-case scenario for the Panthers would be a first-round bye and then a home game. For that to happen, they must defeat Atlanta, New Orleans must lose or tie at Tampa Bay, the Los Angeles Rams must lose or tie to San Francisco and Minnesota must lose at home to Chicago.

Either Atlanta or Seattle will claim the final playoff spot in the NFC, and that team will be the sixth seed in that playoff bracket.

Carolina and Atlanta are the last two NFC champions.

With last weekend’s loss at New Orleans, it put the Falcons out of contention for a repeat of the NFC South title.

“Now can we play our very best this week to go where we want to go?” Quinn said. “That’s where the team is.”

The Falcons have fluctuated with their performances this year, but they go into the final weekend with a chance to keep playing. That provides plenty of incentive.

“We can have the best week of preparation that we’ve had all year,” Falcons quarterback Matt Ryan said. “That’s where our mindset has to be.”

The Panthers, who’ve won seven of their past eight games, don’t figure it’s time to relax even though they’ve secured at least another game a season after missing the playoffs.

“To win our 11th game (is great),” tight end Greg Olsen said. “We’ve got some work to do, but our working is really just starting.”

The Panthers have had their eyes on the NFC South title for so long it’s hard to take attention off that.

“We’ve got another game,” defensive tackle Kawann Short said. “We know we’ve got to take another step.”

Newton said that stepping into the new stadium in Atlanta will give him a chance to create new memories in his home city. That sounds like that could be part of his motivation.

He also doesn’t want to dismiss the opportunity to move up in the pecking order and perhaps start the postseason back in Charlotte.

In an early November meeting with Carolina, the Falcons built a 10-0 lead before the Panthers scored the next 20 points in an eventual 20-17 victory.

The Panthers have defensive end Charles Johnson, who missed four games because of a violation of the NFL’s performance-enhancing drug policy, and linebacker Thomas Davis, who sat out last week with a suspension for an illegal hit the week before, available for the trip to Atlanta.

This is the fifth time the teams will meet in the regular-season finale in Atlanta. The Panthers are 3-1 in those previous games.

The post It's win-and-in for Falcons against Panthers (Dec 31, 2017) appeared first on News Wire Now. 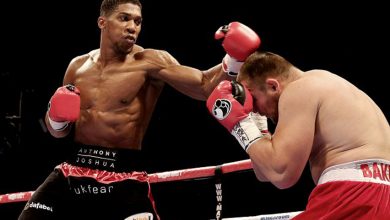