Meeting the in-laws over the festive season can be a pretty daunting experience.

But imagine the extended family included the Queen of England, and you can get an idea of the nerves Meghan Markle must have been facing prior to Christmas at Sandringham.

However the actress and Harry’s soon-to-be wife embraced the festivities with ease, and had a “fantastic” time according to the Prince, whose family “loved having her there”.

“We had great fun staying with my brother and sister-in-law and running round with the kids. Christmas was fantastic.”

The presenter questioned the prince on whether he had family traditions, and he replied, “Oh plenty, I think we’ve got one of the biggest families that I know of, and every family is complex as well.

“No look, she’s done an absolutely amazing job. She’s getting in there and it’s the family I suppose that she’s never had.”

It’s great to hear that Meghan had lovely time during the festive season, despite a few minor mishaps along the way.

Some were quick to judge Meghan’s bold Christmas hat, comparing it to a ‘chocolate pudding’, among other slightly ruder things…

While others noticed that Meghan’s curtsey to the Queen was a little ‘awkward’.

Who hasn’t had a bit of an embarrassing moment in front of the in-laws? We think you did a fantastic job, Meg!

The post ‘The family she’s never had’: Meghan’s first Christmas with the Royals was ‘fantastic’ appeared first on Woman Magazine.

The post ‘The family she’s never had’: Meghan’s first Christmas with the Royals was ‘fantastic’ appeared first on News Wire Now. 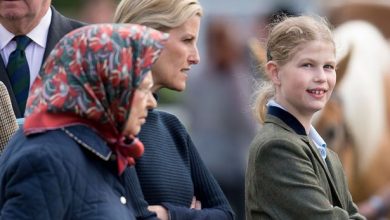