The 36-year-old is set marry her beau Harry on 19th May. And whilst most of the UK are excitedly looking forward to another royal wedding, others are apparently not so keen on Meghan becoming a part of ‘the firm’.

On change.org, a petition has been set up by a woman named Louisa Pawsey. And she claims that Meghan is an “unsuitable addition” to the family.

The petition asks people to sign in order to “Prevent Meghan Markle having an official title or role in the Royal Family”.

It reads, “we The undersigned believe that Meghan Markle is unsuitable to be a member of the Royal Family and to have an official position in representing this country.

“She has shown her disrespect for the Monarch and Royal Family by pulling faces and sticking her tongue out to the visitors during her first public appearance with the Queen. Her attitude and actions in Nottingham shows her lack of respect towards Harry.”

The message on the petition continued, “No member of the Royal Family should have naked images of them freely available on the internet as she does.”

And it then stated their desire that Meghan have no official role or title within the monarchy after the couple wed.

“Her previous divorces and cheating on partners does not lend us to believe she will be faithful to Harry. Please prevent her from having an official role or title after her marriage to Harry.”

“Or the other option is to allow Harry to relinquish all his titles and links to the Royal Family, take his mother’s inheritance and go and live in America as a regular citizen.”

So far, the controversial petition, addressed to Theresa May, has over 2,080 signatures. The target for the petition is 2,500.

Pawsey, the woman who originally circulated the petition, also plans to send it to The Queen and Prince Charles.

Meghan herself has continuously spoken about the good she plans to do when she joins the family.

In the pair’s engagement interview, she stated, “The causes that have been important to me, I can focus more energy on. Because very early on we realised that once you have a voice people listen to, with that comes a lot of responsibility. Which I take seriously.

“I’m excited to get to know the communities here [the UK], the smaller organisations, causes that I’ve always been passionate about. And also to go around to the Commonwealth.”

The post Meghan Markle SLAMMED by petition as she faces backlash over her royal role and title appeared first on Woman Magazine. 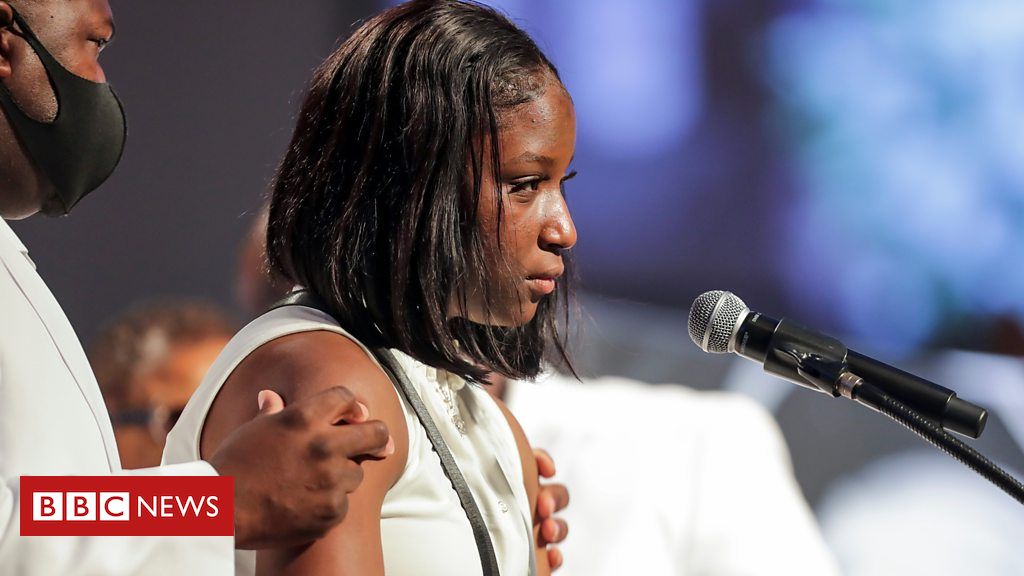 George Floyd’s niece: ‘This is not just murder, but a hate crime’