Alexander Wang is going against everything the fashion world holds dear by breaking with the traditional fashion week calendar.

Instead of being confined to New York’s standard February billing, the 34-year-old designer has announced that after the Fall 2018 showcase next month, he’ll be holding his own shows in June and December instead.

The changes are supposedly designed to ‘better serve’ the label’s customers, with the new dates more closely aligning to the pre-collection schedule.

‘Our consumer will be better served through the new system,’ Alexander Wang CEO Lisa Gersh says in a press release.

‘The innovative approach reframes product on the month that it ships, rather than the outdated labels of ‘Resort’ or ‘Pre-Fall,’ giving our customers more relevant and consistent merchandise throughout the year.’

So what does this all mean?

Well, Alexander will still be presenting in February but come September fashion week (arguably the biggest event in the fashion calendar), he won’t be showing off his SS19 collection.

The decision has already been approved by the Council of Fashion Designers of America (CFDA), according to Vogue, who is currently exploring the idea of establishing a more concrete fashion show around both June and December anyway – on top of the existing February and September slots.

CFDA President, Steven Kolb, tells WWD.com: ‘I could see it happening this summer. I could see a collective of maybe five or so brands that have the right adjacency and might align to it … Alex is one of many designers the CFDA has spoken to about the idea, and we support him in this business decision. There are others who are part of this idea.’

The question is, are any designers going to follow suit for London Fashion Week?

MORE: Brace yourselves: Giant thigh-high Ugg boots might be the next big trend

MORE: For the grand price of £145, you can wear a Balenciaga scrunchie on your wrist

If you want to work in fashion, check out these fashion assistant horror stories first 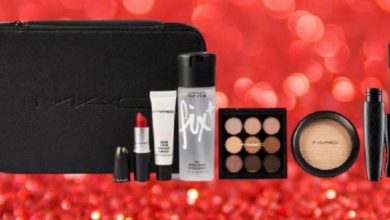