On Monday, Buckingham Palace announced the lovely news that Princess Eugenie was to marry her boyfriend of seven years, Jack Brooksbank.

The pair became engaged earlier this month in Nicaragua, with the Duke and Duchess of York’s daughter describing it as “the perfect moment”.

Later on in the day, the eighth-in-line to the throne and her fiancé posed for photos with the all-important engagement ring at Buckingham Palace.

The Natural Sapphire Company said of the choice to Hello! magazine, “Nothing brings to mind blooming flowers like padparadscha sapphires. Named after the colour of a Lotus blossom, the pinkish orange glow of these stones are hypnotising.”

However, while the ring is undoubtedly a stunning choice, it also has a touching significance behind it.Royal watchers have noticed that Eugenie’s ring looks remarkably similar to her mother’s own engagement ring.

The Duke and Duchess of York, who are now divorced, announced their engagement on 19th March 1986, and the similarities between Sarah Ferguson’s ring and Princess Eugenie’s are quite apparent. 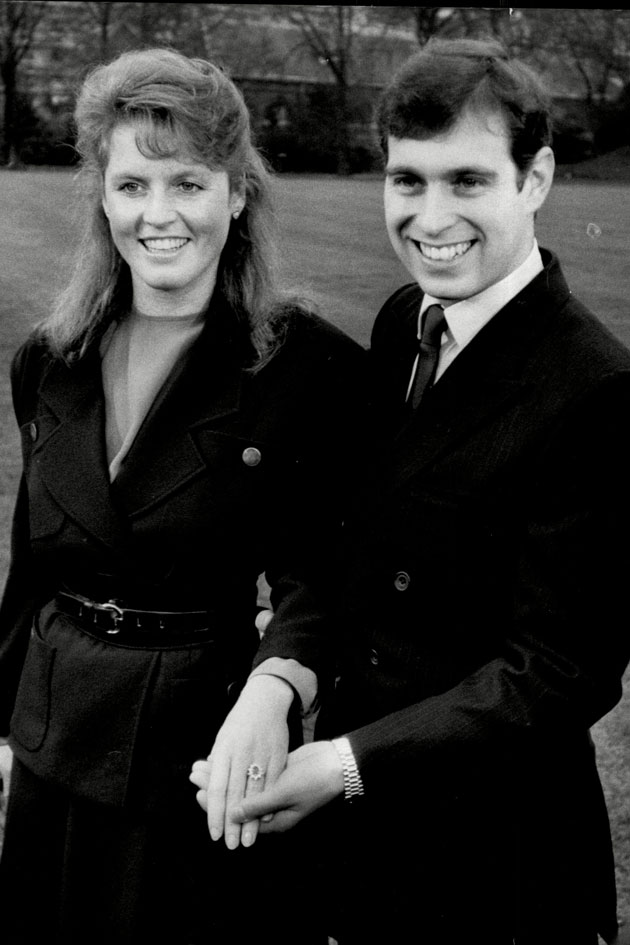 Andrew proposed to Sarah with a ring containing a large Burmese ruby, surrounded by ten sparkling diamonds encased within a band of 18-carat yellow and white gold.

Eugenie’s ring of course also features a large, glittering sapphire stone, surrounding by diamonds. Both rings are also a similar, light pink colour. Eugenie also helped to design the impressive ring, suggesting her family were certainly close to her heart during the important time. 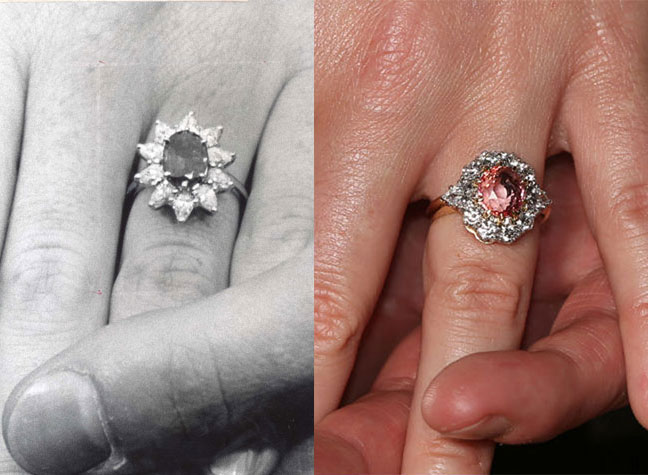 Sarah has regularly spoken of her close bond with daughters Princess Eugenie and Princess Beatrice. Speaking to Hello!, she has said how her job as a mother has been her most important yet.

She shared, “I think the one thing I’ve done incredibly well – although I say it myself – is that I’m a really good mum. And I think that my girls show
that.”

Princess Eugenie’s engagement stone is also remarkably similar to that of the Duchess of Cambridge’s.

Both rings are of course precious stones, as opposed to diamonds. Diamond engagement rings were previously a huge engagement ring trend, becoming particularly popular in the late 1960s-1990s.

The two rings are also both coloured stones, a trend which has seen a huge surge following Catherine and William’s engagement too.