Singer Charlotte Church has revealed how she has struggled to cope with her bipolar mum’s self-harm and alcohol abuse – saying the ‘darker periods’ left the star feeling ‘powerless’ to help.

In a new TV programme, Charlotte Church: Inside My Brain, the singer explores treatments in mental health, the causes of these disorders, as well as what the future holds for our brains.

“It’s a subject close to my heart,” the 31-year-old former child star says in the BBC show. “It has been difficult growing up and watching my mother suffer like this, in her darker periods I felt quite powerless and unsure how best to help her.

Maria Church explains that she has been a sufferer of bipolar disorder (formerly known as manic depression) all of her daughter’s life.

“I used to call it manic depression or being a loony,” she says. “It’s now called bi-polar with a lot of anxiety and that’s has been going on and off for 31 years.

Maria also reveals how the intense mood swings she experiences as part of her condition drove her to drink excessively and even self harm.

“At times it’s very dark and down and the glass is half empty – it’s always half empty and never half full,” she says.

“The other extreme of it is going absolutely hyper and going on a spending spree and just over-excited, over-happy. But then you get a downer from it, that’s when I tend to drink far too much and that’s when usually the self-harming will happen.”

Both Charlotte and her mum hope to raise awareness of mental health issues as potentially life-long – rather than just being something experienced by teenagers and young people – with the programme.

As Maria notes, “A lot of people talk about mental illness and they talk about self harming but only up to 20 years of age, no one ever talks about anyone over 30 and I’m sure I’m not the only person out there.”

Charlotte Church: Inside My Brain is on BBC One Wales at 8pm, Thursday 25th March. It will then be uploaded onto BBC iPlayer. 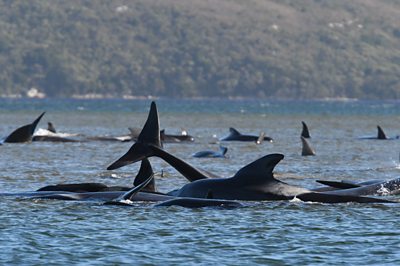