The coalition, known as the Democratic Unity Roundtable (MUD), is considered the principal opposition to Nicolás Maduro’s socialist regime and includes more than a dozen political parties whose ideologies range from center-left to center-right.

The CNE has ordered the exclusion of the MUD in the ordered electoral process due to the fact that its creation conforms with the grouping of diverse political organizations already created, and others whose creation is pending, who will be able to participate in the national political process.

Maduro first announced he would ban some opposition leaders from running in December after they questioned the legitimacy of the latest round of elections.

Other prominent opposition leaders, such as Popular Will leader Leopoldo López and rightful Caracas Mayor Antonio Ledezma, remain imprisoned or exiled by the regime.

The election, which is scheduled for April, is widely expected to be rigged in Maduro’s favor, with his regime looking to fully consolidate its power on the country experiencing the worst political, economic, and humanitarian crisis in its history.

The second saw Maduro’s ruling United Socialist Party of Venezuela (PSUV) winning 17 of 24 available state governorships in last October’s regional elections, despite widespread unpopularity. The State Department later revealed the existence of numerous irregularities, such as independent electoral observers, the routine disqualification of candidates, and the closure of voting centers in opposition strongholds.

As a result, many opposition politicians, including former presidential candidate Diego Arria and Mayor Ledezma, have warned potential candidates that participation would only legitimize a fraudulent election.

The State Department has also expressed its opposition to the election.

“This vote would be neither free nor fair,” said State Department spokeswoman Heather Nauert. “It would only deepen, not help resolve, national tensions. It would not reflect the will of the Venezuelan people and would be seen as undemocratic and illegitimate in the eyes of the international community.”

“We call on the Maduro regime to respect the human rights of all of its citizens, and to return to democratic constitutional order,” she added.

Teacher had sex with student, 15, and sent him explicit Snapchat videos

Beyond rockets and air strikes: The Israeli-Palestinian trade war

Dad murdered disabled daughter, 21, by starving her to death 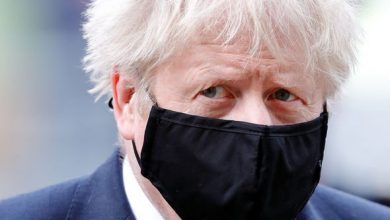