Lots of us like to dress up for Valentine’s Day.

It’s the perfect opportunity to splash out on new lingerie, even if it won’t be worn for longer than five minutes.

Most brands hop on this trend with sexed up sets with red and black lace.

But ASOS has taken Valentine’s lingerie to the next level.

It’s basically a red satin bra and thong, which cover everything you don’t want on show (at least, not at first) with a giant satin heart.

The set hasn’t been well received.

Twitter user Hannah Vickers shared a photo of the lingerie – which as a set costs £24 – to Twitter, and she doesn’t quite know what to make of it.

And men, if you thought you’d got off scot-free, you were wrong. Because ASOS has also started selling some underwear just for you.

And the Valentine’s jock strap in red glitter:

Both of these pants are currently on sale (we can see why, ASOS need to get rid of them ASAP), for £3.50.

This isn’t the first time ASOS has got it totally wrong. We’ve previously seen them offer us a few fashion blunders, including the jeans over jeans, the choker belt, and some jeans which show your pants off. These aren’t suitable for cold weather, FYI.

You’d think that by now ASOS would have realised they need to stop creating looks literally nobody asked for.

But hey, we’ve got to give it to them for their efforts – they’re certainly inspiration to never give up.

Meghan Markle Loves This Coat So Much, She Has It in Another Color 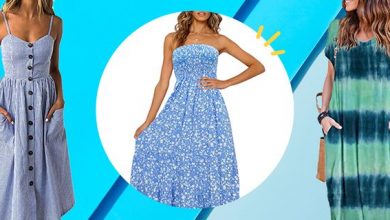 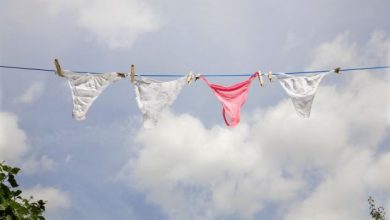 Before You Go Coat Shopping For Spring, Read Through This Style Guide