A top environmental lawyer has been charged with having sex with his dog.

More than one in ten French women have been raped, study finds

A neighbour apparently heard the attorney having sex with the mutt and wrote down every time there were lewd exclamations, grunting, whimpers and creaking furniture.

A vet who later examined the dog found him to be injured, CBS Philly reported.

MORE: People are sharing a self-love themed spin on what they ‘weigh’ and it’s brilliant

DeVoren faces 10 counts of sexual intercourse with an animal and a further 10 counts of aggravated animal cruelty.

He was also charged with possessing cocaine, heroin and marijuana.

DeVoren was a volunteer dog walker at the Humane Animal Rescue , according to KDKA-TV.

The charity’s CEO Dan Rossi told the news station: ‘It’s very troubling. Everyone here, our staff and our volunteers, they come here because they care about animals and their well-being.

‘Any type of an abuse to an animal is very disconcerting to us on so many levels. We just hate to see that.’

He added the lawyer was supervised at all times during his stint there in 2014.

DeVoren was arrested after handing himself in on Wednesday.

Snoopy the dog is currently under the care of a vet.

MORE: Drugs suspect on toilet strike for 38 days ‘would rather die than take a poo’

MORE: Meghan Markle ‘had a secret blog where she talked about dark side of Hollywood’ 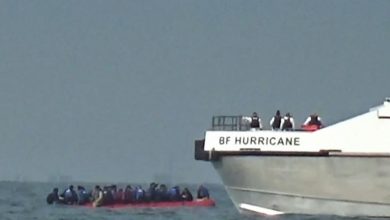