There are so many ways to celebrate our genitals in all their glory.

You can decorate your Christmas tree with vagina baubles, store your coins in a vulva coin purse, or lounge around in trendy vagina slippers.

If you prefer your celebration to be more edible, there’s good news. A cafe in Tucson, Arizona, called Shot In The Dark is selling vulva-themed cupcakes.

They call them ‘c***cakes’, but we’ll stick to being anatomically correct and use vulva to describe the iced on labia and clitorises.

There are pink labia surrounded by sprinkles, chocolate iced labia with chocolate curls, and even a green and blue set. Lovely.

And because the cafe is all about gender equality, they sell d*ckcakes, too.

‘We made about 20 of them last year, just for Valentine’s day, and they quickly sold out,’ she said.

‘We put it on social media and it got a great response in-store and online, but nothing like this year.

‘When I made them again this year, we advertised it a week or two earlier and the post was extremely popular.’

‘We credit our great customer base for how positive the response was to something that might be more taboo or controversial in other circles. They are most commonly purchased by women.

‘I think it has succeeded in being something that is fun and body-positive, which is the goal.’

Bravo to that. To anyone reading this, I’d quite like twenty vulva cakes for my next birthday, thanks.

MORE: Meet the one-handed body builder who can dead-lift more than you’ll ever be able to

MORE: Bakery has best response to people who think their geode cake looks like a vagina 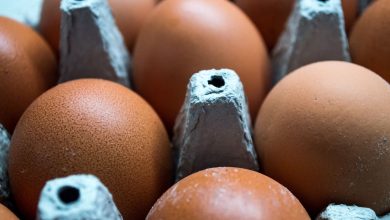