The Duchess of Cambridge visited the Royal College of Obstetricians and Gynaecologists on Tuesday, and made a hilarious revelation about her husband’s attitude towards having another baby.

Kate, who is due to give birth in February, was visiting the college as part of her new patronages with the Royal College of Obstetrics and Gynaecology and Nursing Now.

For her visit, the Duchess wore a blue dress and coat combination by Jenny Packham, some blue suede Jimmy Choo pumps, and a Stuart Weitzman clutch.

She met with nurses and patients working in the ward, such as Amara, who was born premature, and her family, below. 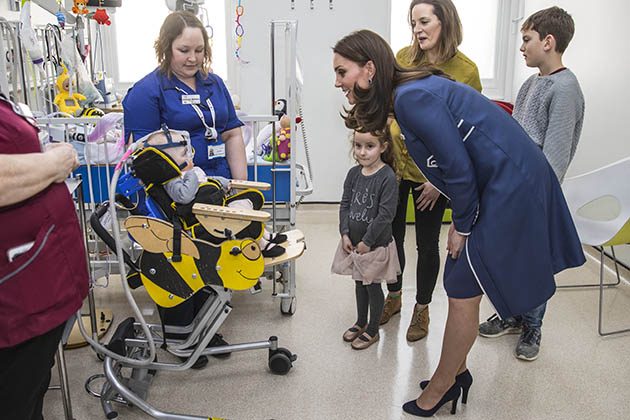 While there, she spoke to Jamie Parsons, whose daughter is a patient at the Snow Leopard Ward at St Thomas’ Hospital, and revealed that Prince William is ‘in denial’ about the birth of their third child.

“I was saying congratulations, best of luck with the third one”. She said ‘William’s in denial'”

At a recent event for Centrepoint, a Charity the Duke of Cambridge is a patron of, he admitted that ahead of the birth of his third child, “I’m getting as much sleep as I can.

Hopefully William can get his head around it soon though, the baby isn’t far away!

More: ‘Alice’ is no longer the favourite for the royal baby – are Kate and Wills set to choose this traditional name instead?

Kate also had a sweet reunion with Jacqueline Dunkley-Bent, head of Maternity, Children and Young People at NHS England, and was also one of the midwives who helped with the birth of both Prince George and Princess Charlotte. 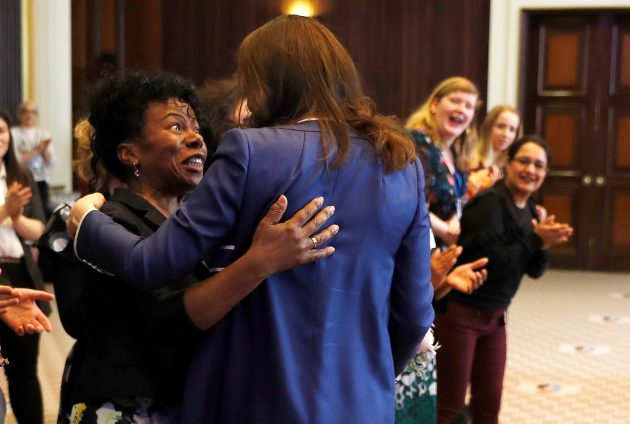 “It was a surprise and an absolute pleasure to be reunited with Kate again today, Jacqueline revealed

“Supporting families at the birth of their baby – including future kings and queens – is hugely rewarding.

“We’re very grateful to have the Duchess of Cambridge’s support for the nursing profession.”

These patronages are new for Kate, and it’s amazing to see how she has taken on even more work in the late stage of her pregnancy.

The post Prince William ‘in denial’ about third royal baby, according to Kate appeared first on Woman Magazine.

“It haunted me for years”: Nadia Sawalha opens up about devastating body shaming incident