Holly Willoughby has given us a sneak-peek into her family life and yes, before you ask, her house is GORGEOUS! 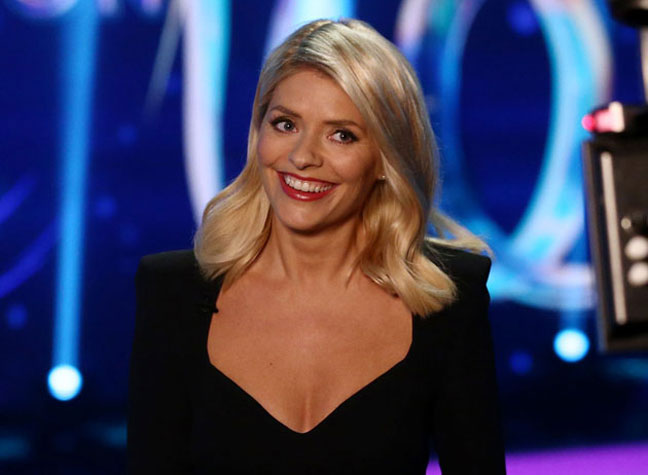 The This Morning star has allowed fans some insight into her family home through the several posts she has shared on Instagram.

Residing in her £3 million London home, which Holly shares with her husband Dan Baldwin and their three children, it’s fair to say that the Dancing on Ice host has seriously good interior taste.

In one snap shared to her Instagram account, the 37-year-old reveals her all-white dining room table with matching white’n’wicker chairs.

In another post of her cat lounging on her bed, Holly showcases a marble fireplace and grey furnishing combo.

Oh, and Holly has a disco ball in her actual kitchen. Because food really is the best time of day – right?!

Holly later followed this up with a snap of her cat lounging once more – this time under a large grey sofa area.

Holly has also shared that she has her very own patch of land in Central London town.

Oh, and if you weren’t already absolutely desperate to move in… just look at the roast dinners served in Holly’s gaff!

From our sister site CelebsNow