Louise Redknapp has given a rare insight into life as a newly single mum, as she admits she barely has time to brush her hair.

The singer – who split from Jamie Redknapp in December after 19-years of marriage – hinted that she’s struggling to adjust to raising their two boys – Charley, 13, and Beau, nine – on her own. 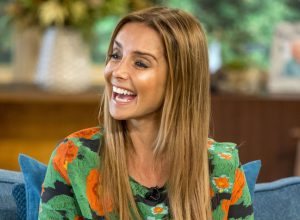 Sharing a joke with Tess Daly on the school run, as part of the series Heart’s Confessions Of A Celebrity School Run, with Volkswagen’s Tiguan Allspace, Louise, 43, said, “I’ve normally got my hair in a side ponytail and haven’t even brushed my hair yet.”

And, when asked what a regular night in her house looks like now, it all sounded a bit frantic. “The little one is just beaming all the time, he runs gets in the car he’s happy and tells me about his day,” she explained. “And the older one, this is how they change, he’ll get in the car and say ‘what’s for dinner?'”

“I say, ‘The good news is, you can have whatever you want. The bad news is you’ll have to wait cos I haven’t been to the supermarket yet.'” 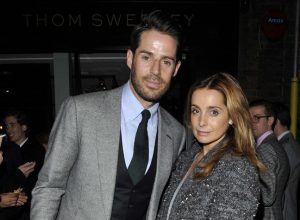 A source close to the former footballer reportedly said, “Jamie is a sucker for posh girls these days. He’s been texting Julia asking her for dates whenever she is back in London.”

But the pop star didn’t let the news get her down earlier this week, as Louise headed to a spa with her pals instead.

Louise and Jamie’s marriage broke down after Louise’s hugely successful stint on Strictly, with the pair later divorcing due to “irreconcilable differences”.

The post Louise Redknapp reveals struggles of being a single mum – while ex-husband Jamie ‘moves on with a model’ appeared first on Woman Magazine.