So when we found out she’d stripped off completely naked to try out a new workout class, it’s fair to say we were a little surprised… 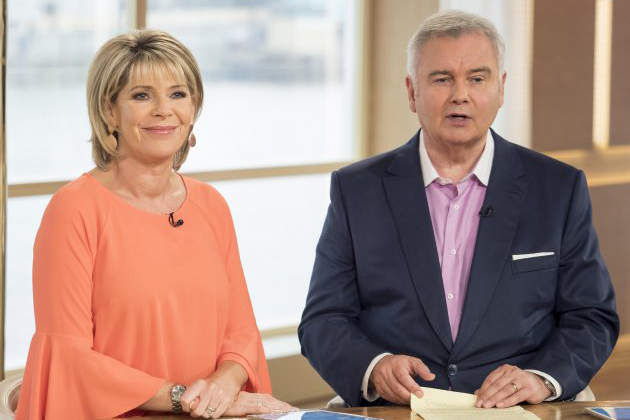 But it looks like the 57-year-old wasn’t shy when it came to trying out the nude gym for Channel 5 show Do The Right Thing with Eamonn and Ruth.

In scenes from the new telly show – which aired on Thursday evening – Ruth walked around ‘the hottest new exercising trend’ while chatting to other nude gym-goers. 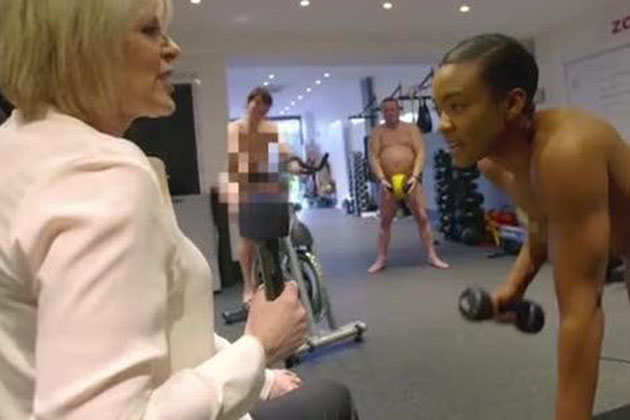 While interviewing a few people who choose to work out in the buff regularly, Ruth was told that the fitness fanatics actually prefer baring all because there’s no way to hide their bodies.

One woman said the only problem was the temperature, as the heavy air conditioning made her a bit cold.

But that didn’t stop Ruth from exclaiming: “If you can’t beat them, join them”, before stripping off completely nude herself.

There were just some strategically placed exercise weights protecting her modesty as the telly presenter revealed she was ‘really getting into the swing of things’. 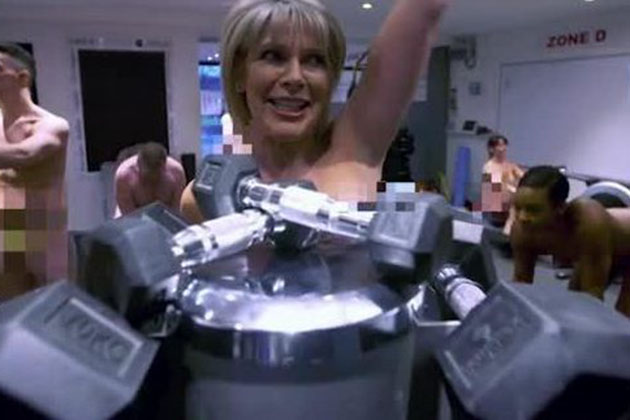 But it looks like 58-year-old Eamonn isn’t so open to the idea as when the clip cut back to the studio, he didn’t look best pleased.

Ruth then told her hubby: “You know what? I’m feeling quite free and easy…I like this,” before asking: “Have you noticed how toned my arms are now?”

“It’s not your arms anybody’s looking at!” Eamonn pointed out, as he joked: “We’ll have words when we get home!”

But it was studio guest Ann Widdecombe who had the strongest reaction as when asked if she might consider a naked workout, she replied: “Ruth, I wouldn’t work out at all. How dare you suggest that I need to?”