Only two teams in the history of the Champions League have overturned a 3+ goal deficit from the first leg in the knockout stages – Deportivo v Milan in 2004 and Barcelona v PSG 12 months ago. That shows the magnitude of the task facing Manchester City.

That said, the tie would almost be in the balance had City scored at Anfield, but I cant see them keeping a clean sheet against the Reds who have so much pace and power on the break.

I expect to see goals and although Liverpool will miss both Emre Can (injured) and Jordan Henderson (suspended) Man City old-boy James Milner has been a revelation in recent weeks for Jurgen Klopps side who I feel will do more than enough to be in Fridays semi-final draw in Switzerland.

I was not impressed by Barcelona in the first leg and it would be fair to say that the scoreline flattered the Catalan giants in the Nou Camp.

Luis Suarez scored a terrific goal – his first in 10 Champions League games – but he looked out of sorts for large periods of the first leg, and Roma have never lost at home to Barcelona. Indeed, Barcelona have not won any of their last six Champions League away games against Italian sides.

I expect Barca to qualify but Roma to get at least a draw in the Italian capital.

Sevilla have never reached the semi-finals of the Champions League and Bayern have won their last seven Champions League games so you would imagine things would be straightforward for the Bavarian giants in Munich.

That said, I didnt think Bayern played particularly well in Spain and I am beginning to get quite excited about the prospects of my former clubs (Liverpool and Real Madrid).

Bayern have won 20 of their last 21 home games in the competition and they should be far too good for the La Liga side.

Juventus have won two of their eight away games in the Bernabeu although one was back in 1962 and the other a decade ago. Real Madrid are looking to qualify for the last four of the competition for the eighth consecutive season – an extraordinary feat.

The whites have score in their last 24 Champions League games – one might be enough to settle this tie.

Michael Owen is a brand ambassador for BetVictor. For more tips from Michael read his column here. 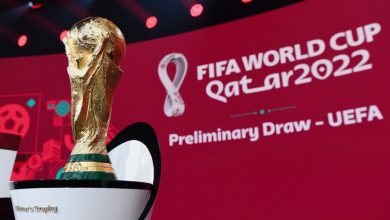