Loose Woman guest panelist and singer Martine McCutcheon is almost coming to the end of her tour but the Perfect Moment hitmaker broke down on stage this week. 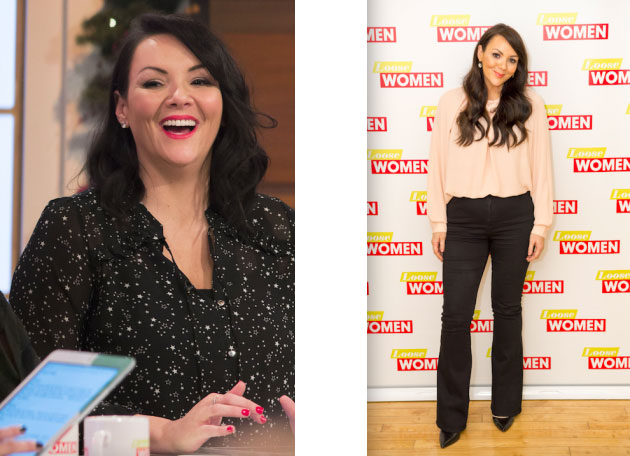 The 41-year-old mum, who has son Rafferty to husband Jack McManus, was in total shock when she was joined on stage by a surprise visitor.

But the stage intrusion wasnt anything to be alarmed by, even though it brought poor Martine to tears, but she revealed the stage invader was her three-year-old son Rafferty.

She uploaded a cute snap of her son backstage wearing an Access All Areas pass and captioned it, Access all areas pass for Raffery. He came on stage tonight and gave me a rose… He also gave me a kiss and said “Well done Mummy” Not a dry eye… #specialmoment #touringlifestyle #upcloseandpersonal #myboy #only4showleft

Martine is touring her latest album Lost and Found. She previously thanked fans for their support, saying “Thank you sooo much for all the support on my new album Lost and Found so far!! I love it!! This journey has been incredible, while giving fans an insight into the stories behind the songs.

On announcing her tour back in February, Martine wanted to remind fans that her first love was music – as many will recognise her as soap star who played Tiffany in BBC One soap EastEnders. She uploaded a post to her social media, to say, “#Didyouknowthat: People sometimes forget that Music was my first love. I was signed to @polydorrecords At 14… After 3 years of success in the dance charts but never crossing over to the mainstream, I realised I had to go where the work was and found myself acting on screen and on stage but I ALWAYS came back to music.”

Martine also acknowledged the struggle she had to go through in order to be taken seriously as a music artist. She explained: “After making a name for myself in Eastenders I knew it wouldnt be the easiest route to have long term success as a recording artiste – Many wrote me off musically as I had made my name publicly as a soap star – and in the UK they like to label you as one thing … I was told every hit may be my last… but I worked hard and was lucky to have had great success for many years. After taking time out for nearly a decade I finally released my new album Lost And Found last year. Thanks to the success and wonderful reviews of such a personal album (from the bottom of my heart I thank all of you that supported it).”

Martines Up Close And Personal tour sees her perform songs, telling stories about her life and career whilst also answering some of the audiences questions.

The post Martine McCutcheon breaks down on tour during her show after the stage is unexpectedly invaded appeared first on Woman Magazine.