It sounds like things between Rio Ferdinand and Kate Wright couldnt be better, as hes revealed his children absolutely love her. 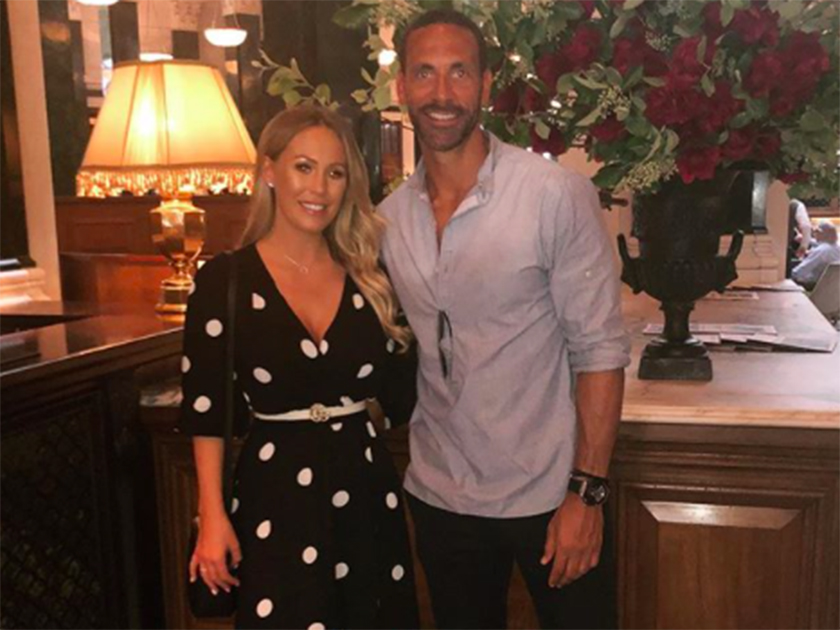 Retired footballer Rio, 39, is dad to Lorenz, Tate and Tia, and theres no denying the past few years have been difficult for them after his wife and their mum Rebecca lost her battle with cancer in 2015.

And Rio confessed having Kate around has been beneficial to the children, telling The Times magazine: My relationship with Kate has helped in that they have got a female in the house now.

They run past me sometimes to go to her. Ive had to go through a period of being very, very open, and men arent normally like that naturally.

So having that extra person in the house who is female, who has that softer touch, I think that is vitally important for the kids.

Rios comments come after Kate told how the kids want them to have a baby! During an appearance on This Morning last week, the former TOWIE star said: Its really funny because at the beginning I could never imagine the kids would talk about it.

It started with Tate, when I went to the school, saying, “Oh, thats my aunt who is picking me up”. And then, “Thats my dads girlfriend”. And now he says, “Its my step mum”.

Kate added: And now, I would say on a daily basis, they go, “Oh, when are you giving us a brother or sister?” They ask if were having a baby yet and I say no!

The post Rio Ferdinand opens up about his kids relationship with girlfriend Kate Wright appeared first on Woman Magazine.