Huge congratulations are in order as Christine Lampard is expecting her first child with football star husband Frank. 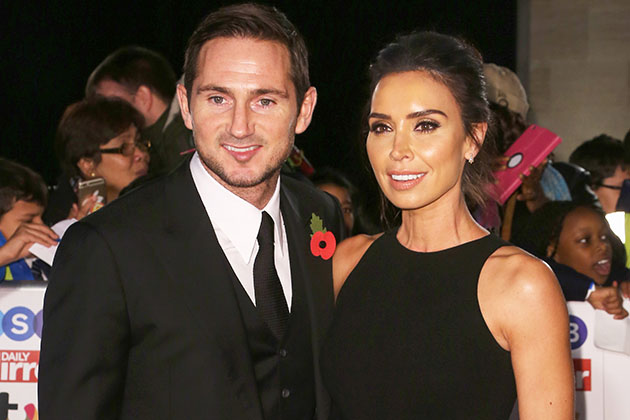 Former Chelsea player Frank announced the exciting news on his Instagram page where he shared an adorable photo of his family.

Next to the pic of himself, Christine, his two daughters Isla, 10, and Luna, 12, and their dog, the expectant dad wrote: “We have some exciting news we wanted to share with you. The Lampard family is growing!

He then added: “My gorgeous wife @christinelampard is pregnant and we all couldnt be happier!!!”

And the stars followers were quick to comment on the snap, as one wrote: “Congratulations to you both

While a third added: “How lovely to read such great news ! Congratulations !!!!! Xxxx.”

And a fourth wrote: “Fantastic news .. if its a boy make sure we sign him up..congratulations to you all..”

Telly presenter Christine also announced the news on her own Instagram page, sharing the same photo and writing: “The Lampard family are expanding!! I feel SO excited, nervous and grateful! The list of emotions is endless

The amazing news comes after the 39-year-old previously opened up about her two stepdaughters – who are Franks children from a previous relationship – and said she would love to have a baby to add to their little family.

“If it happens, of course it will be wonderful”, she told the Mirror in February.

“If not we have the two girls – and one is about to embark on her teenage years, so that is a whole other chapter about to happen.

“That is honestly where our heads are at, and we just enjoy life as best we can in between.”

The couple married in February 2015 and Christine also spoke about the prospect of expanding their family on Loose Women soon after.

“Oddly enough at 37, if you dont have babies, its all I get asked”, she said.

“Thats a really big question. It doesnt bother me really but its something I would never ask another girl.

“Purely because I have so many friends who have been through terrible struggles to have little babies and you just dont know whats going on behind closed doors and whats going on in other peoples lives.”

The post Congrats! Christine Lampard and husband Frank are expecting their first baby together appeared first on Woman Magazine.