Adam Thomas and his wife Caroline have welcomed their second child – a baby girl – and the former Emmerdale star took to social media to share the news. 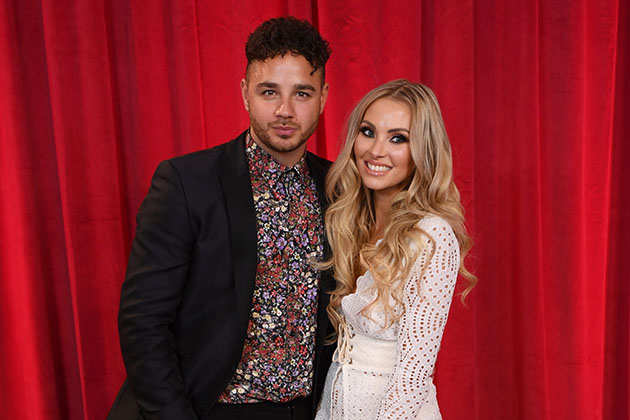 New dad Adam shared a sweet image of wife Caroline resting on the sofa cradling their newborn daughter, while their two-year-old son Teddy and dog were nearby.

Sharing the image with his 714k followers on Instagram, he wrote in the caption: “I owe you everything @carolinethomas23.”

The image has garnered over 80k likes and 1200 comments of congratulations from fans. “Beautiful family and congrats both of you

His wife Caroline also took to Instagram to share the lovely news with a picture of their little girl, revealing the baby name they picked for her.

“Welcome to the Thomas family Elsie-Rose

”, she wrote alongside a cute snap of her and her newborn baby girl.

The 29-year-old actor took to Instagram on Christmas Day to reveal the gender of their baby.

The loved-up couple were recorded popping a balloon which saw pink confetti fall – revealing the gender as a girl.

In March, Carolines revealed how happy she was about welcoming a younger sister for the couples toddler son, Teddy.

“Im so happy Im having a girl, because now I have one of each,” she wrote in a blog for OK! magazine.

While the name hasnt yet been confirmed, Caroline has previously said that she likes old fashioned names, to suit their son Ted.

The mum-of-two wrote: “My grandad passed away last year, and then we found out that the baby was due on his birthday – which is lovely.

“My dad used to have this nickname for my grandad, which is a girls name, and thats the name weve picked for the baby”, she told OK! magazine.

The couple have admitted that now they have one of each they feel no pressure to have any more children.

However, Caroline went on to admit that she has endured ill health this time round, explaining: “I loved being pregnant first time round, but at the start of this pregnancy I was really unwell.

“I was a little bit sick when I was pregnant with Ted, but I could still get on with things, but this time round Ive been so poorly.”

Its these health woes that have made the couple wary of extending their family. Caroline wrote: “Because I was so poorly at the beginning of this pregnancy, Im more doubtful than I was about having more children,” she wrote.

The new parents tied the knot in a romantic ceremony held at Delamere Manor, Cheshire, on August 27, 2017. Adam has previously revealed that they conceived their newborn on their wedding night.

Taken from our sister site, Good To Know. Words by Steph Lowe.