Amid the familiar names in the French Open semi-finals, one man stands out.

Marco Cecchinato had never won a single main draw match at Grand Slam level heading into Roland Garros but he has stormed to the final four.

His glorious race through the draw has been all the more impressive considering the opposition hes taken out.

After surviving a first-round scare against Marius Copil – which he won 10-8 in the fifth set – Cecchinato has taken out Pablo Carreno Busta, David Goffin and, most incredibly, Novak Djokovic – a player he has regularly practised with.

He now will line up on the opposite side of the net against Dominic Thiem on Friday.

Born in Palermo, Cecchinato lifted his first ATP title back in April after storming through qualifying to win in Budapest.

Ranked at world No. 72, he had lost all four of his Grand Slam main draw matches in the past, most recently against Kei Nishikori in the first round of Wimbledon in 2017.

To say his run to this stage of the French Open is a surprise is a major understatement.

Despite his great efforts in Paris – where he has shown a beautiful mix of power and poise – theres a darker side to the Italians past.

Cecchinato was handed an 18-month ban and £35,000 fine by the Federation of Italian Tennis for suspicious activity along with fellow Italian Riccardo Accardi at a challenger event in Morocco in 2015.

A series of messages between the pair had hinted at rigging a match against a lower-ranked opponent in Mohammedia, and Accardi and his father placed large sums of money at 7-1 on Cecchinato to lose against a Polish qualifier ranked at 338 in the world, Kamil Majchrzak.

He subsequently lost in straight sets. The large bets had tipped off Italian authorities and they found incriminating messages on Accardis phone, messages that had been deleted by Cecchinato. He was banned along with Accardi and Antonio Campo.

The charge was appealed by Cecchinato and initially reduced to 12 months, before the case was sensationally dropped when the Italian federation missed a deadline during the appeals process.

He has continuously denied being involved in any plot and the Italian Olympic Committe ultimately agreed. They said there had been irregularities in how the evidence was gathered in the investigation.

When quizzed on his involvement at this years French Open, he replied: I dont want to speak with this. Sorry.

Asked at a later time, he added: I told you I dont want to speak about that. I want to think for this moment in my life.

Whether there will be further action against him in the future remains unknown, but for now, Cecchinato has a shot at history in Paris!

When did Ole Gunnar Solskjaer manage Cardiff City and what was his record? 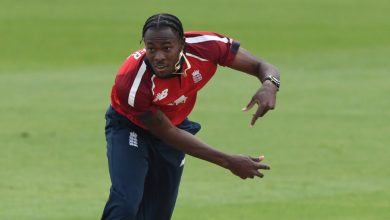