His dad might be a football legend, but Romeo Beckham is set to be the next big thing when it comes to tennis – according to Gregor Dimitrov.

The Wimbledon star – who is currently ranked sixth in the world – revealed hes been given the task of training David and Victoria Beckhams son, and has high hopes that “hell go far”.

Speaking about his prodigy, Grigor said: “Every time Im in London, I try to [train] with him – its something that I enjoy.

“Ive known him for some time right now. They [the Beckhams] are a great family. David and Victoria have also bee very understanding, they ask me a lot of questions in regarding Romeo. Its just great to have such a nice relationship with them.” 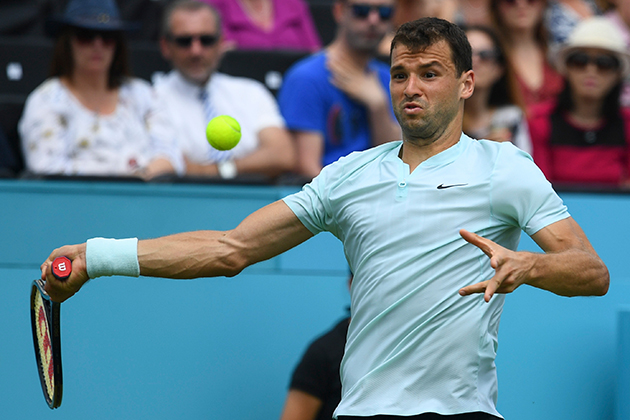 Despite his dads incredible career in football, its always been tennis that caught Romeos eye. And Grigor isnt the first one to notice the teenagers potential.

After a ten-day skills workshop in London in 2015, a tennis coach described Romeo as “talented” and a “natural”.

Having witnessed his skills first-hand, he said: “Im not sure his parents realise how good he is. Romeo really loves tennis. He is really into it and very talented.

“He has a lot of talent and very good hand-eye coordination.

“Romeo has a natural swing and is very enthusiastic, he just loves it. He kept telling me and I could see how focused he was.”

Since then, Romeo has been taking tennis pretty seriously – and regularly litters his Instagram with pictures and videos of him showing off his skills.

And, Romeo isnt the only Beckham child with a secret talent. His older brother Brooklyn, 19, is a keen photographer, and his younger brother Cruz, 13, has been dubbed the next Justin Bieber.

Is there anything this family cant do?!