Nothing sends us into a panic more quickly than a food-related shortage.

We lost our heads over reports of houmous and chicken crises, so its not surprising that wed have a minor meltdown over the news that a halloumi shortage may be imminent.

Rumours of a halloumi shortage began on Twitter, where people lamented finding only empty shelves when they tried to get their cheesy fix.

The Mail Online reported that farmers in Cyprus were struggling to meet increased demand from the UK, and that as a result, supermarkets were running out of halloumi almost as quickly as they put it on the shelves.

The producer of Pittas, who make halloumi cheese, said they were sending emergency supplies of the cheese to meet increased demand, and that a team from the Roslin Institute at Edinburgh University was working to help Cypriot farmers to increase their milk production and thus make more halloumi.

Naturally, the news sent us into a spin.

Halloumi was probably the first solid thing I ate as a baby. I remember smuggling it over from Cyprus as nowhere sold any. Now theres a halloumi shortage? Incredibly my beautiful little island cant keep up with demand. Proud of that! #halloumishortage

@LidlUK
Hello, Leith branch has had no halloumi for a few weeks now. Is this a permanent feature of the store now? Please tell me it isn't. Thanks

@AldiUK keep going to different aldi stores to find no halloumi fries left, what days are they delivered to stores, totally obsessed and its getting ridiculous.

But before you freak out as we did, some reassurance: The rumoured halloumi shortage really isnt as bad as you think.

In fact, it might not affect you at all.

We reached out to a bunch of supermarkets to find out what the heck was going on with halloumi, and not one said they were experiencing any kind of shortage or any difficulty in getting hold of more of the good stuff.

There are no halloumi shortages at Tesco, a Tesco spokesperson told Metro.co.uk.

Waitrose has very good supplies of halloumi, said Asda. We do not have a shortage.

Its the same deal over at M&S, who told us: Sales are up 26% on halloumi versus last year, and theres no shortage to report!

Weve also reached out to Aldi, Lidl, Sainsburys and Asda for comment, but they havent got back to us yet. A quick search on each stores site, however, shows that they have halloumi in stock.

Weve also contacted the British Dairy Council and the Cypriot Embassy to find out whats going on, but they havent yet picked up their phones or replied to emails about this important matter. Shocking.

From what we can gather, while the demand for halloumi is high, there doesnt yet seem to be a proper halloumi shortage in the UK.

Yes, you may occasionally find empty shelves in smaller supermarkets as they adjust to the summer rush – thats standard for high-demand items. But if you go back another day, the shop should have been able to restock.

Remain calm and keep the faith. You are not destined to be halloumi-less this summer.

There was halloumi shortage back in 2013, but that was speedily rectified and we all survived just fine.

Any supermarkets that have been running low on halloumi will now their stocking patterns to meet demand, so if you ask about halloumi each time you pop in, theyll eventually get the message.

Plus you can use this excellent joke: Hallou, its mi again, enquiring about your halloumi supplies. Hilarious.

In short: Theres no need for a meltdown, and its definitely not wise to stock up on a months supply of cheese. Needless panic will only make things worse.

Dont worry, things will get feta.

MORE: KFC is teasing people on Twitter with the re-launch of its Double Down burger

MORE: Want to explore Porto and the Douro Valley? Stay in its stunning wine hotels

MORE: Blues Kitchen is serving up a massive World Cup burger called The Hand of God 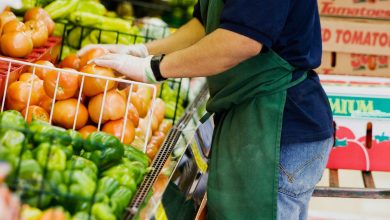 7 Foods To Eat If You Have The Winter Blues

Surprise surprise, millennials are being blamed for a drop in potato sales

Who’s Smarter, Dogs or Cats? Science Now Has the Answer