July is shaping up to be a super busy month for new restaurants in London.

Residents in Hackney will be feeling particularly smug with the slew of new openings coming their way, ranging from Franco American comfort food to steaks and craft beers.

But there are some pretty exciting spots in central and west London too, especially from an El Bulli alumni.

With that in mind, here are a few places to look out for and look forward to in the coming month:

Stokey Bears is opening their second site, this time in Haggerston.

Youll find all their usual burgers on the menu but there will also be a new line of vegan fare that includes milkshakes.

If that isnt hipster enough for you, they also have cocktails on tap, local craft beers and a separate weekend brunch menu.

Gazelle is the new collaboration between Rob Roy Cameron and Tony Conigliaro opening in Mayfair.

Having worked for Ferran and Albert Adria at El Bulli, and going on to win his own Michelin star at Hoja Santa, you can expect the food at Camerons new place to be Euro-centric and creative as hell.

And with Conigliaro behind the drinks, its setting up to be a pretty exciting new project.

Third-generation pizza master Ciro Salvo is bringing his Neapolitan pizzas to a new restaurant near Embankment.

Alongside the classic margherita and the signature 50 Kalò, he will also be introducing London to the deep-fried pizza.

If youve ever wanted to dine at The Gherkin, now is your chance.

When Helix opens, it will be the first time that the restaurant at 30 St Mary Axe has been open to the public.

Its still run by Searcys and will focus on food from the British Isles. Alongside, there will also be a new bar, Iris, which will be the perfect spot to take in views of the City.

The food is inspired by the cuisine of the Midwest and southern states of America, with dishes like pork jowl, smoked beets and butter with bitter capers and blood orange.

Washing it all down is a natural wine list and cocktails dominated by French/American ingredients.

Not quite a new restaurant, pop-up club night Night Tales have finally found their first permanent site in Hackney.

As well as the nightclub, there will be an alfresco dining area featuring Japanese izakaya-style food from Fat Baby and pizza from Sons of Slice.

For drinks, there will be a Asahi Super Dry bar and a cocktail bar focusing on mezcal.

Westfield in Shepherds Bush is getting a huge Japanese food hall from the people behind the Japan Centre.

Youll be able to tuck into anything from noodles and donburi to sushi and yakitori.

Theres even a traditional bakery and youll be able to shop for Japanese ingredients to recreate the same food at home.

Its still all about the sausages and they will cater to meat eaters, vegetarians and vegans alike.

Theyre only open Monday to Friday at this site though, but thats perfect for a week-day fix.

Kentish Towns Beef & Brew are bringing their signature steaks and beer set up east to Hackney.

What makes them different is the fact that the steaks are dipped in beef dripping before being grilled for extra flavour.

Drinks-wise, the beers have been sourced from all over the country but you can stay local with Hackney-based Five Points.

Adam Handlings The Frog E1 is heading to Hoxton and will become The Frog Hoxton.

Its a larger space, which means theres now room for a coffee shop and deli (Bean & Wheat) and a bar (Iron Stag).

Rest assured, all the good food from E1 will be making its way to the new site too.

While Pizza Pilgrims are usually known for their thin-based pizzas, theyre hosting a pop-up with Chicago-based Ginos East to bring their deep-dish to Londons West India Quay.

Between June 29 and July 1, they are hosting 90-minute all you can eat sessions for £25 per person.

As well as bottomless pizza, you also get a pint of Goose Island and Crosstowns Pococello doughnut.

New York-based Fette Sau is coming to London for a pop up at Hackeys Mare Street Market.

Theyre showcasing their nine-piece BBQ menu between July 13 and 15 only.

Jackson Boxer and Andrew Clarke, the guys behind Brunswick House in Vauxhall, have opened St Leonards in Shoreditch.

The rustic cooking is inspired by the cuisine of south west France, with an ever-changing menu cooked on the open fire.

Theres also a relaxed bar where diners can pick at snacks, charcuterie and shellfish.

New restaurant La Mia Mamma is a rather unusual offering.

The Italian eatery in Chelsea is all about home-cooking in that theyre literally bring a mother from different regions of Italy to do a residency.

First up is Lydia, who is bringing with her a taste of Sicily.

The food is all about small plate Vietnamese dishes and all your favourites, like spring roll and pho, are still on the menu,

There are cocktails from Alex Looi (formerly head barman at The Dorchester Hotel, Park Chinois and Hakkasan), too.

MORE: Where to eat in June: New London restaurants you should check out

MORE: Theres a 3 day pizza festival in Italy and its even better than it sounds

MORE: Can delivery and takeaway food from Michelin-starred chefs ever deliver?

10 Christmas slow cooker recipes that will save you time 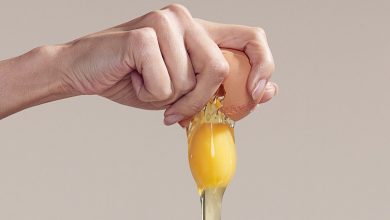 What everyone gets wrong about cholesterol in food