Susanna Reid was left flustered after Piers Morgan quizzed her about her bedroom antics on Good Morning Britain today. 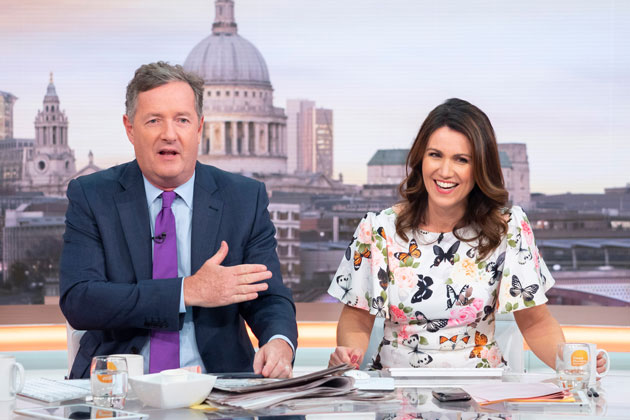 Were used to Piers brazen presenting style – and watching co-host Susanna soldier on alongside him – but a saucy discussion today proved almost too much for poor Susanna, 47.

During a risqué chat with co-host Kate Garraway, 53-year-old Piers and Susanna discussed Kates new article investigating how 40-plus women know more about sex than the “Love Island generation”.

Piers asked Kate: “Given that they are at it like dim-witted rabbits every second of the day, what is it that you do or know that they are not doing or knowing?” 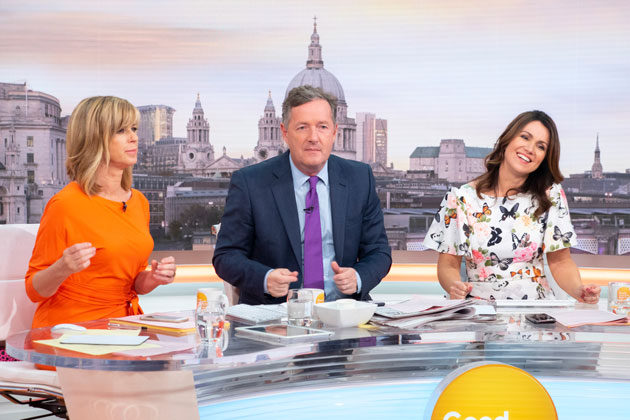 Kate jokingly replied: “The article is out Sunday and I specifically chose that day for it to come out as I knew I wasnt working with you on Monday, so Im furious that theyve put an advert in today.”

Never one to mince his words, Piers turned to his co-host and asked: “Are you more adventurous in bed than Love Island contestants?” 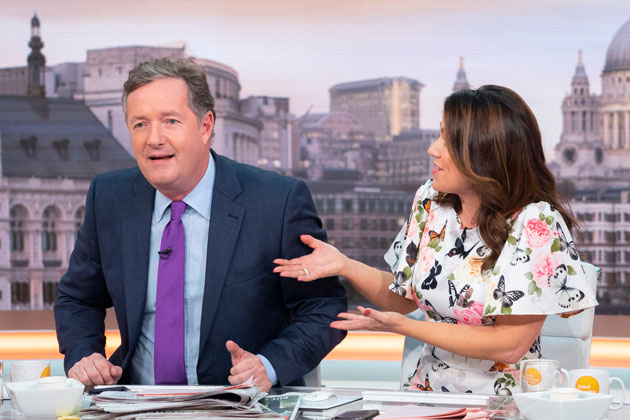 Left blushing at Piers forthright question, Susanna replied: “I just want to know what advice Kate Garraway has got for me.”

Entertainment presenter Richard Arnold then asked: “Who is doing bits?” in reference to Love Islands Do Bits Society.

Piers continued to press Kate about her article, and asked her to give an example of how women over 40 were sexually more advanced than the Love Island contestants.

Kate then attempted to change the topic, exclaiming: “Oh my god its breakfast time!”

Richard then interjected: “When was the last time you played vikings and maidens?”

Susanna laughed: “I like to keep that to myself.”