Even in defeat, there was an undeniable feel-good factor around England at the World Cup.

Gareth Southgate and his team worked hard to cast aside the negativity of previous major tournaments and reach a first semi-final since 1990. And while their on-field exploits have seen them hailed as heroes, they could also lead to off-field success due to their increased commercial appeal.

You only need to look at Marks & Spencer reporting a doubling in sales of waistcoats to see the value that a Southgate-led run at the World Cup can have on a brand. For public relations expert Mark Borkowski, the aura that Southgate created has made him an “absolute winner” of the tournament in Russia, which finished on Sunday.

Southgate has already been widely hailed as the nations sweetheart. From being perceived as an unwanted yes-man upon his appointment less than two years ago, his unexpected rise has been accompanied by a refreshing honesty and dignity.

“His profile has been elevated,” says Mediacom head of sports and entertainment Misha Sher. “In the long term we feel like Gareth has got potential. People didnt expect him to perform that well and his conduct was exceptional.”

Despite Southgates elevated standing, sports sponsorship expert Jack Ibbetson believes he will resist the temptation to try to monetise his success while still in charge of the England team.

“Southgate has been a winner in the World Cup but I cant see him cashing in. Its not the right time, I think he will want to have another crack at it – and when he looks back it might be different,” says Ibbetson, an account manager at Synergy.

Ibbetson adds that football managers dont typically seek to be actively involved in promoting brands, highlighting Manchester United boss Jose Mourinho, who has endorsed Jaguar and Hublot as the odd one out.

And while much of an individuals brand power can be linked to their personality, that is an area in which Southgate appears understated.

While Southgate ensured that waistcoat sales rocketed, the England players were ensuring their value grew too.

Harry Kane in particular did his already burgeoning reputation no harm. Englands talismanic forward claimed the Golden Boot for finishing top scorer at the World Cup and, with sponsorship deals already in the bag with Nike, Beats By Dre, Lucozade Sport, BT Sport and Hugo Boss, Kane is set to pocket £10m a year for the next five years.

“With the exception of Harry Kane they dont have a stand-out player,” says Sher. “That has been the case throughout the tournament and that is set to continue. There wasnt anyone in the team that emerged in particular.”

The team unity that prevailed throughout the tournament has not only been refreshing for fans back home but could work to alleviate some of the scepticism that brands have built up around individual footballer sponsorships.

The emotional wave that swept the country is undoubtedly of value for brands looking to tap in to Englands success, but they must be sensible about when they act, and it is those who are the best at reacting to events who are often the most successful, Ibbetson says.

This was the World Cup of memes and England players such as Jesse Lingard, Kyle Walker and Maguire were quick to tap into it. But while it can be powerful, brands ought to tread carefully.

Ibbetson says: “As long as what the players are putting out is authentic then the public will continue to feel this renewed connection with the team and its important brands recognise this when planning campaigns.”

Now that the dust has settled on a tournament packed full of surprises, there is one thing that Borkowski is confident in predicting: deals.

“The Brits like heroic failures, its part of our psyche,” he says. “England can harvest the success of heroic failure for all sorts of deals. I suspect after the summer break we will see a lot more deals.” 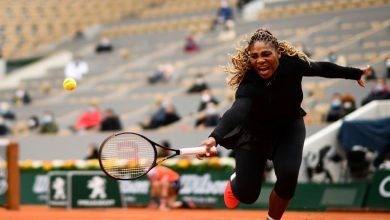