Real Madrid are working to sign Chelsea star Thibaut Courtois, who has jetted into Spain after his World Cup heroics, and a deal could be completed this week, according to reports.

The Belgian shot-stopper – who won the Golden Gloves award in Russia – is out of contract with Chelsea next summer and stalling over a new deal, meaning the west London club risk losing him for nothing.

Real are keen to sign a replacement for Keylor Navas and have long sought Courtois, and would be able to sign him up to a pre-contract agreement in just six months time.

Spanish newspaper Marca report that Real president Florentino Perez wants to wrap up a deal much sooner than that, though, and believes Chelsea will sell Courtois for just £31million.

Radio station Onda Cero add that Courtois flew into Madrid at the start of the week after a brief pit-stop in Belgium to celebrate their third-place finish at the World Cup, and will now holiday on the island of Tenerife.

The 26-year-olds children live with his former partner in the Spanish capital, where he lived while playing for Atletico, and he will weigh up his options over the coming days.

Speaking on Saturday, Courtois explained: I will go back and I will see what they want and how they say it. Obviously, with this World Cup, I think what was on the table is different than what I can have.

In this World Cup, I have ignored all the speculation, all the rumours. But now, in the next few days, I will have a chat with my agent and see what Chelsea told him, and then we will talk.

But I feel happy at Chelsea, its not that I necessarily want to leave.

Chelsea are already thought to be bracing themselves for Courtois departure and new boss Maurizio Sarri is prepared to sanction the transfer as long as the club can secure Roma keeper Alisson as his replacement. 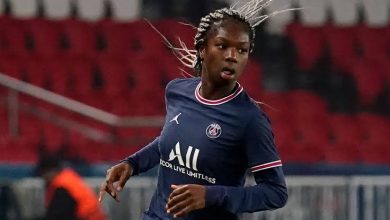