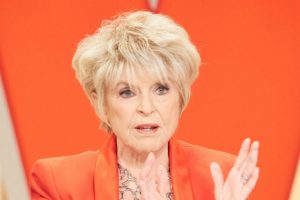 Commenting on Kates marriage revelation, Gloria had told Mondays Loose Women audience that she thought it was “pathetic”.

Gloria explained, “See, I love Kate, but I think thats pathetic, if Im being honest” – before adding that she thought it was a recipe for marital disaster.

Following these controversial comments, 78-year-old Gloria has now come face-to-face with 51-year-old Kate during her appearance on the Loose Women panel. 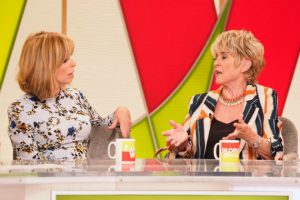 Despite Glorias frosty comments earlier in the week, she and Kate had actually managed to hold an interesting debate.

Gloria explained to Kate, “What I actually said was, I couldnt understand why a gorgeous woman like you, with a great husband, lovely children, why youd want to make them jealous?”.

Kate had then justified her comments, explaining ”Hes very free about talking about women he fancies and I dont mind that”, before adding that she also does the same – and that the couple feel its not harmful.

She said: “Theres toxic jealousy, when its about not feeling secure, possessiveness”, before explaining that this wasnt what she had been referring to. 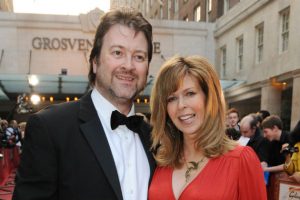 After the Loose Women played Kate a funny surprise video from her husband Derek, in which he teased his wife of almost 13 years for embarrassing him, Gloria and Kate appeared to end their debate on a positive note.

And, despite the controversial conversation, Kate has since thanked the panel for a “fun” time.

Kate writes, “Thanks for having me @loosewomen – always so much fun! And yes @GMB is going to be great fun this summer – you wont want to miss it!”.

Kate has also shared a video of her interaction with Gloria – which she has fondly captioned “We love each other really!! Eek! @loosewomen”.

Looks like bygones have managed to be bygones for Kate and Gloria!

Coronavirus: Up to 70% of Germany could become infected – Merkel 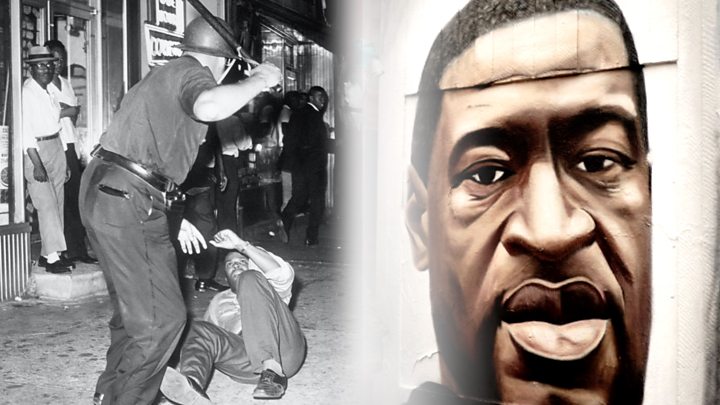