Mario Pasalic has travelled with the Chelsea squad for their pre-season tour of Australia with his club future still up in the air.

Like many of the youngsters on Chelseas books, Pasalic is still to make a single appearance for the club having arrived from Hadjuk Split in the summer of 2014.

The Croatia international has since enjoyed bright loan spells at in La Liga, Ligue 1 and Serie A with Elche, Monaco and Milan respectively before heading to Russia last season for a stint with Spartak Moscow.

Clubs in Italy have been keen to bring Pasalic back to Serie A with Gazzette dello Sport reporting Atalanta have beaten off competition from Fiorentina for the 23-year-olds signature.

The publication reports a deal has been provisionally agreed for a loan move, with the option for Atalanta to make the arrangement permanent for a fee of £13.3m next summer.

While a move to Italy still appears the likelier option, his inclusion in the 25-man Chelsea squad that set out for Perth on Wednesday suggests he could still have time to impress new head coach Maurizio Sarri.

The former Napoli boss is keen to assess his entire squad ahead of the new season before making major personnel changes.

With so many of the Chelsea first-team still on holiday following their World Cup commitments, there are opportunities for their younger talents to make an immediate impression.

Pasalic will be hoping to do just that in a pre-season campaign that kicks off against Perth Glory, before the squad return to Europe for fixtures against Inter Milan and Arsenal in Nice and Dublin respectively.

When is Liverpool vs Roma in the Champions League semi-final? Dates, ticket information and odds 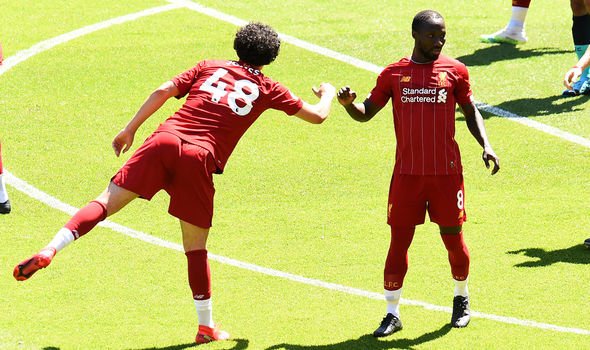