Goals from Paul Pogba and Shaw were enough for United to secure the win in their first Premier League game of the season at Old Trafford on Friday evening.

Mourinho was a frustrated figure throughout Uniteds pre-season campaign as he bemoaned the lack of first-team players who were unavailable for the tour of the United States due to their commitments at the World Cup.

The United manager has also been unhappy with the clubs transfer policy this summer and was upset by Ed Woodwards failure to recruit a new central defender before the transfer window closed last Thursday.

But Metro.co.uk understands that after beating Leicester, Mourinho took the opportunity to deliver an upbeat message to his players as a group.

In his speech to the players, the United manager urged them to remember what they are capable of and what they managed to achieve last season.

United failed to win a trophy last term but Mourinho considers last seasons second-placed finish behind Manchester City as one of his biggest achievements.

Mourinho also reserved special words of praise for Shaw and Pereira who both impressed in the win over Leicester.

Pereira has returned from his season-long loan at Valencia and is making a strong case to be a regular in Mourinhos midfield after his encouraging performances during Uniteds tour of America.

The 22-year-old followed that up by producing an excellent display against Leicester, with Mourinho describing the midfielders performance as phenomenal.

Shaw, meanwhile, was always likely to start at left-back after enjoying a full pre-season campaign with United and Ashley Young missing all of Uniteds preparations due to his holiday after Englands World Cup campaign.

The 23-year-old was unhappy with his treatment from Mourinho last season and the United manager even went public with his critcism of the left-back.

But Shaw has started this season brightly and Mourinho recognised the defenders improvement during a private chat with the player on Friday evening.

United next face a trip to Brighton on Sunday. 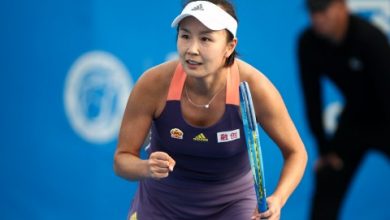 Wimbledon join calls for Peng Shuai’s safety to be confirmed

When are Andy Murray and Serena Williams playing together at Wimbledon today?

Wimbledon 2018 Britwatch: Four home favourites into the second round