Holly Willoughby has melted fans' hearts with an adorable photo of her son today.

The This Morning star jetted to Portugal to enjoy a well-earned break from her presenting duties with best pal Phillip Schofield. 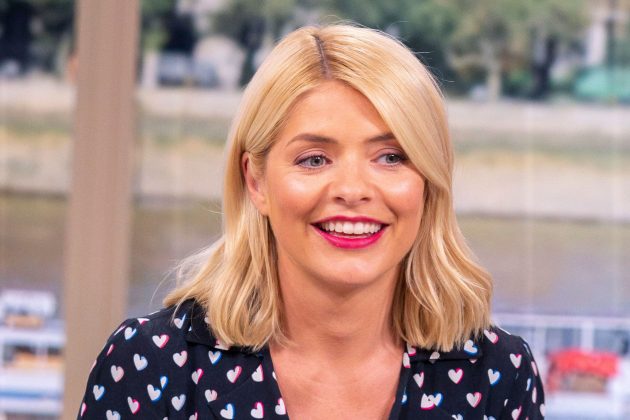 Read More: Holly Willoughby and Phillip Schofield hint theyve had one too many cocktails on holiday in hilarious video

While the snap doesnt show any faces, the telly stars youngest son – three-year-old Chester – can be seen wrapped up in his mums bed while clinging on to a fluffy teddy bear.

With her tanned legs leaning on little Chester, Holly wrote, “Someone snuck in last night…

The 37-year-old is usually private about her family life with husband Dan Baldwin and their three kids – Harry, Belle and Chester – so it didnt take Hollys fans long to comment on the sweet photo and it racked up over 35k likes in a matter of minutes.

“How cute love the photo xx”, wrote one, and a second added, “Very cute, morning bed snuggles are the best

Another called the moment “precious”, while a fourth added, “Just love it when they do that nothing better xx”.

This comes after Holly and her brood jetted off to Portugal together to enjoy the school holidays – but if you think shes missing her job at This Morning, then think again because BFF Phil actually joined her!

The silver fox is also over in Portugal with his his family and the pair recently posed for a photo from the pool as the reunited in the sunshine.

Giggling with her co-star in the water, Holly simply captioned the sweet snap with two mermaid emojis and some sparkling stars.

Meanwhile, the telly favourite has also been celebrating her 11-year wedding anniversary to hubby Dan.

Next to a heartwarming Instagram shot of the pair – who met in 2004 – she wrote, “11 years baby… your love gets sweeter every day… love you”.

Turkey says millions of migrants may head to EU