Aaron Ramsey has been told by Unai Emery to knuckle down and do the work if he wants to reclaim his spot in the Arsenal starting eleven.

Emery dropped Ramsey for the game against Chelsea after the Welshman started the 2-0 defeat to Manchester City on the opening day of the season.

Ramsey approached Emery to ask why he had been pushed out of the team and the Arsenal boss confirmed he had made himself clear to the midfielder.

Emery wants Ramsey to forget about his contract situation at the Emirates, and focus all his energy on performing for Arsenal.

He said: I spoke with him last week. I said, I want you focused only on training and only on the match, you show us the capacity to help the team.

The contract is another thing for his agent and the club, but we want – and I need – his focus only on training, on the match and his performance each day.

I want the player to be focused only on Saturday. So that our players give our supporters quality and energy.

Ramsey has rejected at least one offer from Arsenal to extend his contract offer and there are fears the club is heading towards another costly stand-off.

Alexis Sanchez and Mesut Ozil held Arsenal to ransom in the last 12 months of their previous deals, with the Chilean forcing a switch to Manchester United and the German landing a lucrative new deal.

There are reports the deal handed to Ozil last February sparked an angry response from Ramsey who now wants a contract that will match his team-mates.

Ramseys current deal expires in ten months and Emery and Arsenal are keen to tie the star down to a new long-term deal.

Arsenal are searching for their first Premier League win of the campaign after back-to-back defeats, with West Ham making the short trip to the Emirates on Saturday. 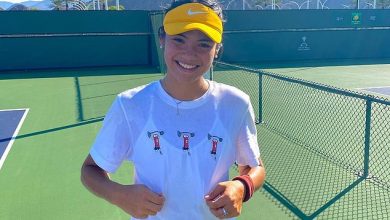 Indian Wells: Emma Raducanu says it has been a ‘very cool three weeks’ since US Open win