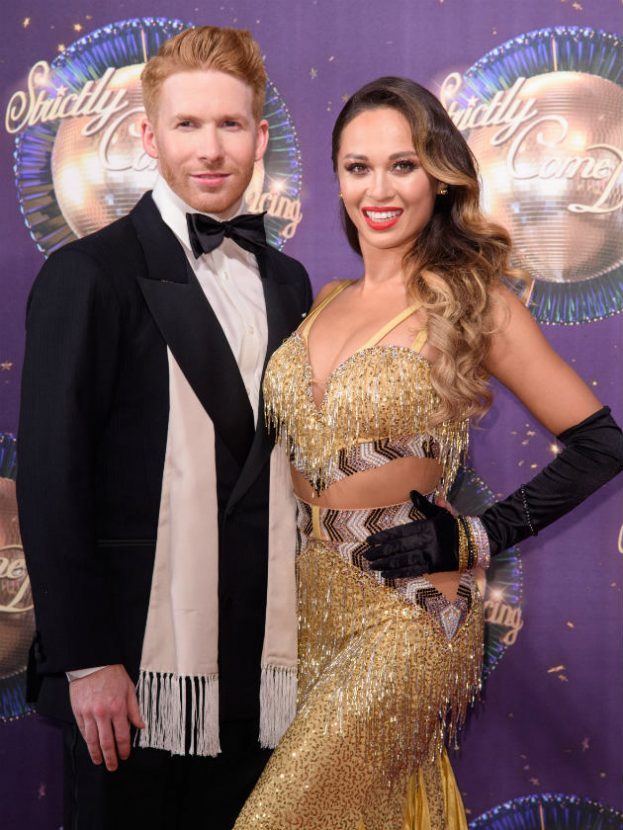 The illusive and downright damning Strictly curse has struck again – as Seann Walsh and his professional partner Katya Jones find themselves embroiled in a mega media storm following that kiss.

Following the emergence of snaps which show the Strictly couple locking lips in a London street, both Seann and Katya have become subject to a pretty big scandal.

Of course, the fact that they get on a lil better than friends isnt an issue – but rather that they were both involved with their own respective relationships at the time of the smooch.

29-year-old Katya is wedded to her fellow dancer husband, Neil Jones, and 32-year-old Seann was in a long term relationship with his girlfriend Rebecca Humphries.

However, in a rather awkwardly timed interview, Neil recently stated that it was wife of five years Katya who should be worrying about the Strictly curse…

The interview, published by Heat, is believed to have taken place days before the kissing scandal made headlines.

Revealing that he usually befriends Katyas dancing double, Neil shared: I have more of a bromance with her partners. Im normally the one saying, “Katya, dont be so harsh on them”.

Yikes. Pretty terrible timing for that one.

Since the emergence of the snaps, Seanns girlfriend Rebecca has explosively broken her silence – having issued a statement on social media which confirms their relationship to be over following three weeks of suspicion.

In a lengthy message, Rebecca proudly states that she is no victim in the situation, but rather a strong, capable person who is now free.

Since issuing the statement, Rebecca has been met with a wildfire of supportive messages from viewers.