Strictly Come Dancing star AJ Pritchard has opened up about the sad reason he decided to help raise money for Stand Up To Cancer. 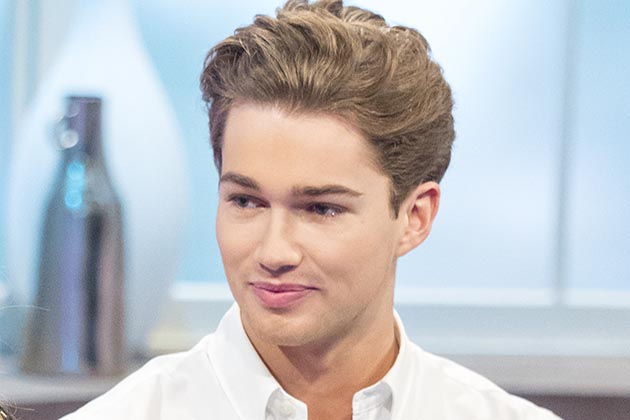 The professional dancer recently took part in Celebrity Hunted for Channel 4 in support of the cause, and has now revealed he agreed to do it because of a moving personal experience.

Speaking about the disease, the star explained that a woman who helped him make it as a professional dancer suddenly died of cancer.

“I would jump at any opportunity to do any work for Stand Up To Cancer,” he told Mail Online.

“If they ask me to do anything it will always be a yes. I do have personal reasons for doing it – the lady that helped fund and allow me to become the dancer I am today passed away so suddenly from cancer.”

He then explained, “If it wasnt for her, I wouldnt have been able to travel the world and end up doing Strictly. She allowed me to live my dreams.

“Not everyone can do what I do, and thats down to her… I owe her so much. So my way of giving back to her was to always be thankful and to work my b*****ks off.”

Unfortunately, AJs friend passed away before he earned his spot on Strictly Come Dancing in 2016.

“It was very sudden. A complete shock,” he said.

“Literally, within two weeks of me last speaking to her, she died from cancer. So I would always take an opportunity like this with both hands.

“She was one of those people that you just say that shouldnt have happened to her. She didnt deserve it.”

AJ – who is currently paired with Paralympian Lauren Steadman on Strictly – will appear on The Hunted for Stand Up To Cancer tonight, alongside former Strictly winner Louis Smith.

And the 23-year-old has said hes excited for people to see the real him.

“Its exciting doing this because everyone sees me on Strictly and its more about my partner,” he continued.

“While in this you will get to see my personality more and what makes me tick, AJ said. And who doesnt enjoy a giant game of hide and seek?”

The post Strictlys AJ Pritchard reveals heartbreaking reason he jumped at the chance to take part in Stand Up To Cancer appeared first on Woman Magazine.

Meghan Markles tortoiseshell sunglasses are back in stock!