The Duchess of Sussex, who is currently on a royal tour of Australia and Fiji with her husband Prince Harry, experienced a tiny slip-up with her wardrobe yesterday. 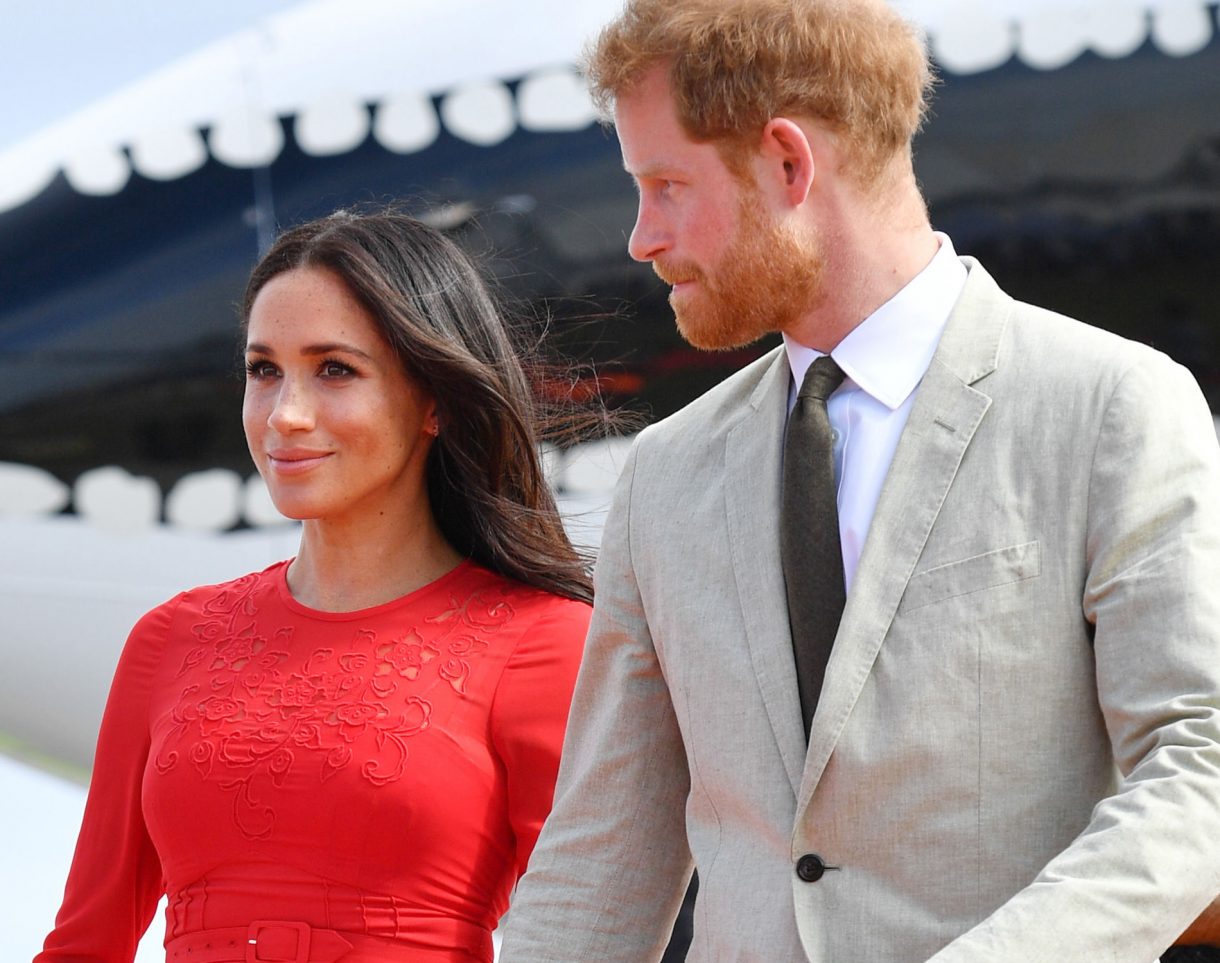 Unlike Meghan, most of us are not excruciatingly assessed from all angles when we step out – and so would be able to get away with a tag hanging from a piece of clothing.

But when Meghan stepped out in a pleated red Self Portrait dress, with a sales tag hanging from it, of course, the worlds media noticed it, snapping it from all angles. Its a rare fashion error for the Duchess, who usually always looks utterly immaculate when out and about. But given that shes currently in the midst of a 16-day tour at three/four months pregnant – its no surprise this very small detail slipped her mind. And lets be honest – something like this has probably happened to almost all of us at some point!

The dress, priced at £400, was teamed with navy Manolo Blahnik heels and a Dior clutch bag.

But the tiny error didnt seem to stop Meghan with her royal duties, as she joined Harry in the South Pacific nation of Tonga to meet the locals.

The couple are currently in the middle of their royal tour, which has so far included Sydney, where the Invictus Games is being held, Fiji and now Tonga. Before leaving Fiji to travel to Tonga, the couple unveiled a statue at Nadi airport, met locals, and attended a ceremony held in their honour, with Harry even being presented with a Whale tooth necklace. Meghan wore a green Jason Wu sheath dress for the occasion, with some elegant black pumps and some gold Pippa Small jewellery.

Later in the evening that same day, as they arrived at the Consular House in Tonga to meet the King and Queen at a reception and dinner, Meghan changed into a long white gown by New York designer Theia, showing off her newly announced baby bump. Harry also gave a speech commenting that Tonga was like visiting an extended family. He added, “My grandparents have visited a number of times and Your Majesties have been frequent visitors to see my family over the years.” He then finished his speech with “malo aupito”, Tongan for “thank you very much”.

The Duke and Duchess of Sussex will fly back to Sydney on Friday for the closing ceremony of the Invictus Games, and finish up their tour in New Zealand the following day.

FROM: Woman & Home, our sister site. Words by Sarah Finley.

Stella McCartney reveals how often we should wash our bras – do you agree?

Democrats call for Bolton to testify in impeachment trial