The official Im A Celebrity… Get Me Out Of Here! trailer has been released ahead of Sundays launch night – and were in the mood for all things jungle! 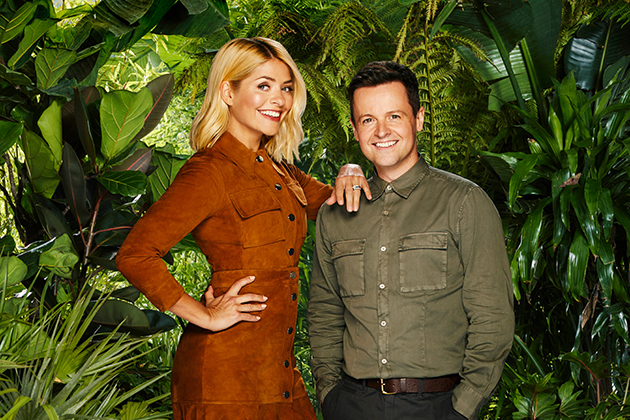 With Holly Willoughby joining Declan Donnelly in Oz for the very first time, the clip is out first taste of the lovely lady in Jungle Jane mode.

And the 37-year-old opted for a very suitable outfit for the clip, rocking a snakeskin skirt and cobra patterned tee. 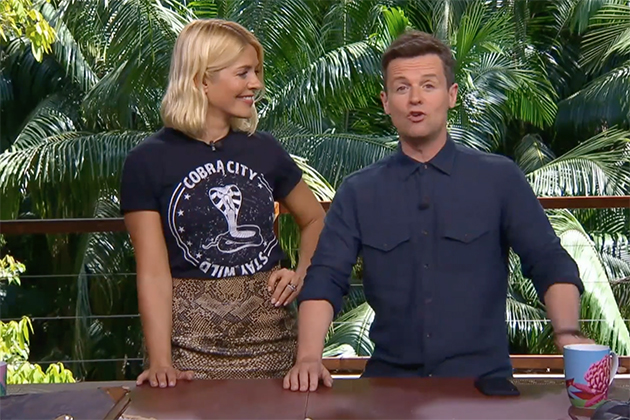 Speaking in the trailer, 43-year-old Dec said: “The wait is almost over and the adventure of a lifetime is about to begin for 10 familiar faces. Sorry, eleven familiar faces, youre in the jungle!”

Excitedly, Holly Willoughby then replied: “I know! How did I get here? Help me! Its so exciting!” 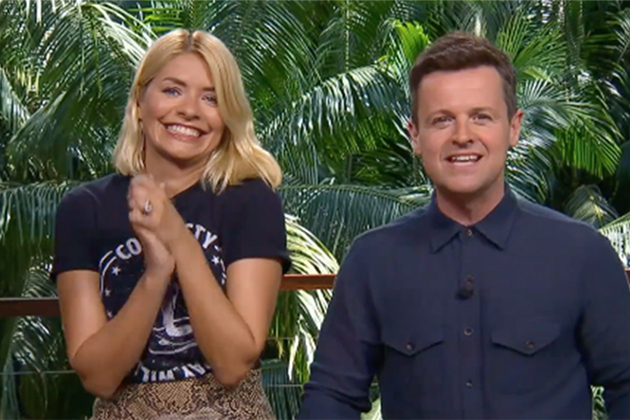 Holly has joined Dec Down Under in temporary replacement of Ant McPartlin, who decided to opt out of this years series following a battle with some personal issues.

Recently sending a video from the Ozzy outback to her This Morning co-host, the mother-of-three told Phillip Schofield that she was “settling in” with the new crew.

“Its only me! In the Australian jungle,” Holly said. “So Ive arrived safe and sound, Im settling into my new home.

“Its amazing here. Its so beautiful. For somebody thats not brilliant with nature, Im sort of fitting in OK,” she added.

Sympathising with the famous faces about to battle all the witchetty grubs and creepy crawlies, she then added: “If Im feeling nervous, the celebrities must be even more nervous.”

This years full line-up will include the likes of James McVey, Rita Simons, and Emily Atack.

With rumours of Noel Edmonds also joining campmates, its set to be one heck of a series!

Im A Celebrity… Get Me Out Of Here! kicks off Sunday 19 November on ITV at 9pm.

The post Im A Celebritys Holly Willoughby looks terrified in first trailer with Declan Donnelly: How did I get here? appeared first on Woman Magazine.

Coronavirus: Nigeria to ease Abuja and Lagos lockdowns on 4 May